Break the last witch of the age.

Viscount Rausan is a character in the videogame Shadow Hearts. He is the last great Inquisitor of Christianity and a pawn of "Roger Bacon", instrumental in his scheme to summon the power of God.

Rausan was the leader of a group of Friar Knights keeping Christian Inquisitions going in Europe. The knights are simply referred to as The Order, and said to be the last trainers of Paladins in Europe. Rausan kept the Order going by hunting Europe for heretics and suspected heretics. One day a man calling himself Roger Bacon came before Rausan and told him of a witch running free in London, a mere stone's throw from The Order's "Mental Hospital". Rausan was aware the man was a warlock and resented working with Bacon, who was infamous as a heretic in the Church but the notion of bringing in a real living breathing witch, possibly the last one of the age was more than enough incentive for Rausan to temporarily overlook Bacon's heresy. Bacon not only was willing to point out where the witch was hiding but arranged for Rausan and his men to receive holy empowerment by pledging their service to God. With the powers given to them by Bacon the Order went after the witch, though cunning and powerful the Order was eventually able to persuade the witch to come with them quietly by threatening to kill her son, Halley.

Halley felt guilty for years and was never certain if he lost his mother because she was looking for an excuse to get away from him and his powers or if she was just pressured into giving him up for either-way her capture by the Inquisitor's was his fault. Halley tried to get into the Calios Mental Hospital where his mother was held many times but the guards were both vigilant and inhumanly strong. While saving some of his fellow orphans from a mad orphanage director named Jack, with the help of some new friends named Yuri Hyuga, Alice Elliot, Zhuzhen Liu, Margarete Gertrude Zelle and Keith Valentin - the protagonists of the game, Halley was held back by a voice that psychically projected itself from Yuri. Yuri said he had heard the voice several times before and it had given him good advice and saved Alice's life on one occasion, though whenever it spoke Yuri would double over in pain. Much to everyone's surprise Halley recognized the voice though. Once Jack was defeated Halley told the others his sad story and that he recognized the voice as that of his mother who had been taken away by Viscount Rausan years ago. With the new information on the voice which had helped them over the course of the game and hearing of their new friend's plight the party decided to help Halley get his mother back.

With Yuri and the others Halley was finally able to get past the guards of the Calios Mental Hospital. Fighting the guards revealed that once they invoked the holy magics given to them they were transformed into inhuman specters. Meanwhile, inside, Rausan had heard the intruders were approaching and informed Bacon and his right-hand ghost Arcane Olga that he and his best men were going to re-enforce their star prisoner. Bacon warned Rausan that the intruders and the young-man, Yuri Hyuga, in particular, were not to be underestimated and were extremely dangerous. Rausan causally dispelled Bacon's warnings and said none would take away the Order's great prize. Once Halley, Yuri and the others made it to the cell Halley's mother was being held in Rausan was there to stop them himself, Rausan transforms into an inhuman specter like his fellow Inquisitors but substantially stronger and with strong holy powers and an inhuman form manifested by Rausan's extreme hatred of non-Christians. His transformed state is stated to be literally pregnant with hatred and appears to be giving birth to a monstrous double of itself even as Rausan battles.

Arcane Olga has a severe dislike of Rausan, Olga herself being a witch in life disliked those who used their religion as an excuse to kill people even though Olga herself was otherwise an enthusiastic murderer. Bacon himself also has strong fundamental values against Rausan and his ilk, but viewed him as an invaluable pawn since the witch Koudelka Iasant was the last and most essential piece to a ritual he was planning. Bacon seemingly tolerated and sponsored Rausan and his Order because they were the only ones who could put Koudelka in a pacified state that would eventually allow Bacon to use her as the catalyst for the rites. Rausan seems to dislike working with Bacon and Olga just as much as they disliked him, since both were practitioners of unholy magics and just barely seems willing to be in the same room as the two; Even then, only because Bacon was the one to give him and his men holy powers. 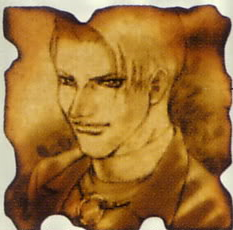 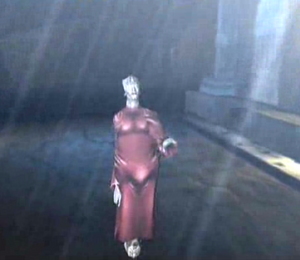 Rausan transformed.
Add a photo to this gallery

Retrieved from "https://villains.fandom.com/wiki/Viscount_Rausan?oldid=3260835"
Community content is available under CC-BY-SA unless otherwise noted.