Capturing Rahi and encasing them in webs

Assist Sidorak and Roodaka in taking over Metru Nui (succeeded).

Defeat the Toa Hordika and Rahaga (failed)
Assist the Brotherhood of Makuta on overthrowing the Great Spirit and conquer the Matoran Universe (formerly; abandoned).

Insectoid Minions
The Visorak are the spider-like Rahi who appeared in the BIONICLE series and served as the main enemies in the 2005 storyline. They are also the minions that served the Brotherhood of Makuta for military purpose.

Later during the event in the 2005 storyline, the Visorak along with their leaders; Sidorak and Roodaka were summoned by Makuta Teridax, who instructed them to conquer Metru Nui, which they suceeded. However, the Visorak were eventually defeated by the Toa Hordika and Rahaga along with their ally, Keetongu and were then disbanded following Sidorak's death until they were once again reformed by the Brotherhood to assist them in the quest of conquering the Matoran Universe.

The Visorak were once created by Chirox in the island of Destral following the Brotherhood of Makuta's corruption. After he named them, the Visorak created their own language, attributing the meanings; "stealers of life" and "poisonous scourge" to the species' names. Following their creation, the Visorak were then unleashed on Tobduk's island to test their ability. 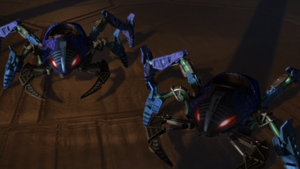 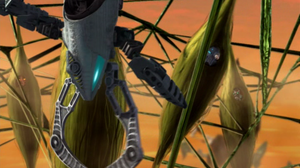 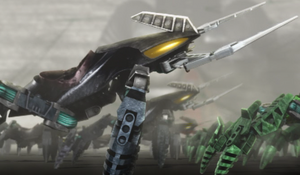 Add a photo to this gallery
Retrieved from "https://villains.fandom.com/wiki/Visorak?oldid=3752634"
Community content is available under CC-BY-SA unless otherwise noted.