Psychic powers
Ability to cause hallucinations

Finding a "friend to play with".

Vivian Thompson is a serial killer and the main antagonist in the 1999 psychological thriller film In Dreams.

He was portrayed by Robert Downey Jr., who also played Special Agent John Royce in U.S. Marshals, Dr. Kozak in Disney's The Shaggy Dog, and Patrick Pewterschmidt in Family Guy.

Vivian was raised by his abusive mother, who forced him to dress up as a girl because she had wanted a daughter. As a child, he developed psychic abilities, including the power to invade people's minds and torture them with hallucinations.

When his hometown was flooded after a dam burst, Vivian was abandoned by his mother and left chained to his bed. He eventually managed to free himself and swim to the surface. After being rescued he was put in a mental institution, where he was subjected to brutal methods of psychotherapy, which coupled with the abuse he suffered, increased his psychosis even more. Vivian remained in the institution up into adulthood, until he escaped by killing a nurse and stealing her uniform, and then seducing (and killing) a passing truck driver. He then stole the truck and drove back to his childhood town, which by then had been submerged in the flood and become a lake. Taking refuge in a nearby apple distillery, he began kidnapping little girls so they could "play" together; when the girls reacted to him with fear, he "got mad" and raped and murdered them.

Vivian was a cross-dresser, often wearing his mother's clothing and a long wig. He spoke in a childish voice, and often likened the murders he committed to "a game" he liked to play with his victims.

One of his victims was Rebecca Cooper, whose mother Claire began having disturbing visions/dreams about her daughter's death and those of Vivian's other victims. She was declared insane and put in the same mental institution that Vivian had been in. She eventually escape tracked down Vivian, who by then had kidnapped another little girl named Ruby. Vivian says that he wants the three of them to be "friends forever" and essentially a family, with Claire playing the role of his and Ruby's mother. Eventually, however, Claire angered Vivian by calling the police, and he tried to kill her. After pursuing her through the catacombs of his underground lair and all the way to a levee, Vivian and Claire struggled with each other which ended when they both ending up falling off the levee and into a canal below, resulting in Claire's death. Vivian survived and was arrested shortly afterward.

Vivian was found guilty of several murders, but also insane. As a result, the judge could not give him the death penalty, and sentenced him to be incarcerated in his old mental institution for the rest of his life. There, Claire's spirit began tormenting him with the same horrific visions and hallucinations he had subjected her to. 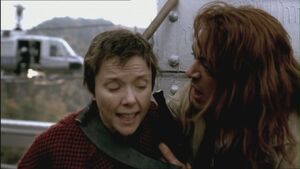 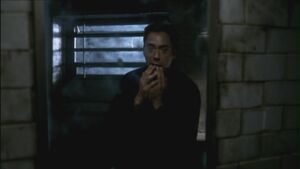 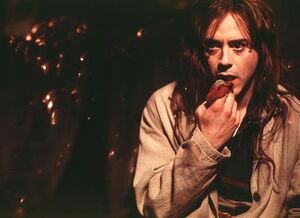