Leader of the God Hand

Maintain and enforce the Law of Causality.

Void is the leader and oldest member of the God Hand and the central antagonist of the manga series Berserk.

Though the members of the God Hand are all nominally of equal standing, Void, being the eldest of them, acts as the de facto leader of the group. He is the one who brands the sacrifices made by tortured souls in order for them to become Apostles and achieve their dream. He is the nemesis of the Skull Knight, who he may have sacrificed himself in a long past story similar to Guts and Griffith in the past.

He is the most philosophical God Hand member and is primarily concerned with analyzing and controlling the course of destiny. He is voiced by Jon Avner in the 1997 anime of Berserk who is also the narrator of the show.

Like all God Hand members and apostles Void was once a man with a more human look but soon he started to getting into the Idea of Evils deal his head would soon feature a large, exposed brain, eyes stitched shut and lips peeled back. His cloak and body seem to be distorted, and he has the power to open up a sort of inter dimensional mirror portal at his own will. He also notably has six fingers on each hand.

Being the most philosophical member of the god hand, it is rather apparent that Void has the more important words to say about the matter of how the events of the series unfold and why they do. His perspective is targeted by the uncontrollable set up that is causality of how someone's want and desire leads from one scenario to the next. The belief he holds in this tied to how no one has control over their will, no matter how hard they try to make sure of that being the case. Descriptions like the butterfly effect may have has some connections to how Void sees destiny, being the inevitability of succumbing to a choice that was deep within a mans heart, being that as it may the butterfly effect in his viewing sees how it adds up to a primary factor, an age where causality flows into a period affecting so much in it's sheer magnitude, with Griffith being that example.

The only question to how Voids sees causality is the unpredictable nature of it as well, when Skull Knight saved Guts and Cascas lives from the blood sacrifice of Femto, Slan asked Void if this was all fated to happen with Void not giving a response. This could also indicate Void himself admits that Causality might weave a destiny that he did not prepare for, understand or even embrace as Guts seems to be part of causality that would leave him in an ambiguous state of knowing if causality was ever meant to be solely in anyone's favor, meaning he could be aware that nature of causality does not offer absolute dominance without a limit. Although Void may in fact see Causality as something to be apart of the Idea of Evils big plan, when the Count refused to sacrifice his daughter, Void says the thread of causality has been severed meaning how he sees causality might be more along the lines of how someone would see how a game would be played, thus his perspective on it is mainly for the sake of how man in willing to commit atrocities to be bound with how he sees causality and anything that doesn't apply to it and is not apart of destiny, which shows that Void seems to have a warped mentality on what should be aligned with events taking place when the truth of the matter is more complex than what he thinks it is.

The mirror compare and contrast of him and Skull Knight is how when Skull Knight encouraged Guts to get into his goals, he made statements such as struggle on struggler which has a lot to do with Guts draining himself from all the strain and stress in the quest he wants to be successful in by killing Griffith and has involvement with Guts giving everything about himself including his humanity to do so. This is the opposite for Voids influence on Griffith as he wants Griffith to seize and take other lives to make up for his, sacrificing others to be a prodigy, than to sacrifice one's self for others. What makes Void unique among the God Hand and Apostles is how he sacrifices, unlike the other monsters who see people to be disposed like trash, Void sees their upcoming deaths to have some sort of memorial to be remembered as a follow up for an area of greatness, seeing the bloodshed as a honorable guest of a payoff in the aftermath of becoming a God Hand or Apostle. 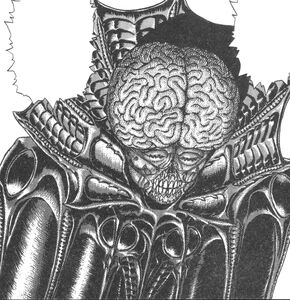 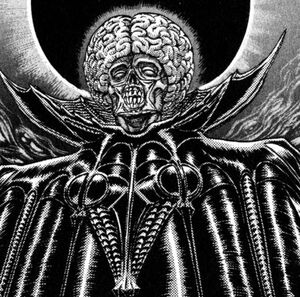 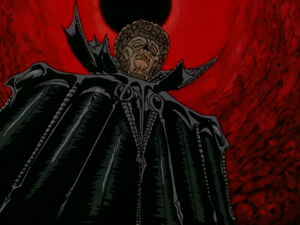 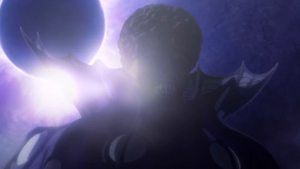 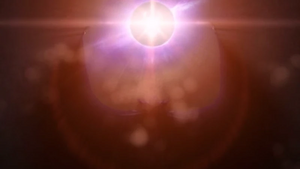 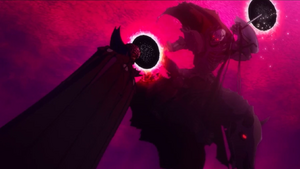 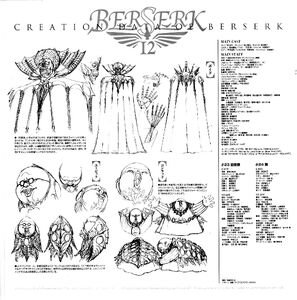 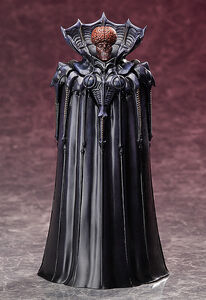