Guardian of the Money Pit

Obtain Soul Edge for his master

Voldo is a fictional character in the Soul Calibur series. Voldo made his first appearance in Soul Blade and has returned for all the following sequels.

Voldo first appeared in Soul Edge, offering the first insights of his unpredictable play style and mannerisms. Later, in the sequel, Soul Calibur, he gained many of his staple moves and traits that would later stay in his reappearance during the following games Soul Calibur II, Soul Calibur III and Soul Calibur IV. He is one of the few characters to have been present in every version (either arcade or home) of almost all of the games in the series; in the main series, he, Siegfried, Mitsurugi, Nightmare and Cervantes are the only characters to have appeared in every installment. Voldo remains one of the most known characters in the series because of his unique style, unpredictability, and disturbing appearance.

What lies in his soul is Allegiance. In Soulcalibur V's promotional material he is referred to as He Who Is Bound By Blind Allegiance.

Voldo is incapable of sight and speech. Thus, making him be reliant on his senses and only being able to make grunting, groaning, and hissing noises. He is also very loyal to his master Vercci, protecting his treasure and money from any intruders who try to steal from his master.

Not much is known about Voldo's past. But it was revealed in Soul Edge that he is Vercci's right-hand man, an Italian weapons merchant, also known as the Merchant of Death. His master desire to find the Soul Edge to add to his collection of rare weapons. With Voldo stood as the head of the expeditions in his search, even contracting the feared Spanish pirate, Captain Cervantes de Leon, and taken this search personally.

One day, word came that the Italian Wars broke on Italy, Vercci's possessions were the first targets, causing Vercci to grew furious. Vercci moved his possessions on an uninhabited island off the coast of Sicily in the Mediterranean Sea and dug a 50-mt deep shaft that would serve as his tomb and vault. Vercci instructed Voldo to kill the sailors that helped the construction to avoid the location of Vercci's money pit to be founded. Voldo became the guardian of the tomb as he remained sealed underground, slaying those who dare to steal Vercci's treasure and spreading rumors around the globe as the "Ghost Guardian". Years later, Voldo would hear Vercci's voice to continue to search for the Soul Edge, making him leave the tomb to his master's bidding.

In his ending, Voldo opens Vercci's tomb, approaches the throne, and begins to rub the Soul Edge on his face. In the good ending, he places the sword on the altar. Vercci's ghost appears and tell Voldo that he has done well and asks him to guard the Soul Edge and sit on his throne. In the bad ending, if the player presses left then right very quickly, Voldo begins to caress the sword faster and faster until it shatters to pieces. Voldo looks at the pieces in despair. Having failed his master, he hears Vercci's voice exclaiming his name.

By pressing left then right very quickly, Voldo begins to caress the blade faster and faster until it shatters and Voldo slumps downward looking at the pieces in despair, while he hears Vercci exclaiming his name.

Voldo fails to find the Soul Edge and returned to the money pit, only to find it flooded by a storm. He managed to save what he could and remained inside for the next 3 years in the pit. Later, he reemerges from the pit following a woman named, Isabella "Ivy" Valentine, with the essence of the Soul Edge, and tries to find leads on the sword for herself.

In his ending, at the moment he grasped the evil sword, the evil energy coursed through Voldo's body and caused him to scream in agony. He sees an image of his master, finally fulfilling his wish. In the empty darkness, Voldo found eternal bliss.

In his second appearance, it is stated that Voldo took Yoshimitsu's katana and returned to the Money Pit, mistaking it for the Soul Edge due to the sword's evil aura, only to find years later an intruder with Soul Edge fragments. He realizes that the katana was not the Soul Edge and searches for the real one, collecting the fragments while seeking it.

In the ending, Voldo appears in familiar darkness and carries the sword to the alter. About to fulfill his master's wish, he hears a familiar voice. Voldo would lurk in the shadows for eternity to protect his master.

While one of his visits to the Money Pit, he found the tomb ransacked and the sword he mistook for Soul Edge stolen alongside the fragments he collected during his search. He decides to track down the thieves who were interested in Soul Edge and plans to force them to tell him any information about the sword. However, he realizes that he will someday die and leave the pit unprotected, so he starts to search for a worthy successor.

In the ending, Voldo is seen with Soul Edge in the Money Pit and offers it to his master, who is speaking to him through a giant statue. If the player inputs, Voldo turns around at the barrel he placed on the ground and knocks on it. Lizardman breaks out of the barrel while wearing Voldo's mask. Both of them than bow to the master statue as the scene fades out. If the player doesn't input, his master tells him that even though he did a good job in retrieving the sword, it's still not enough. He orders Voldo to retrieve souls to Soul Edge. Voldo then becomes possessed by the sword.

Voldo and Nightmare found Soul Edge at Ostrheinsburg and he picked up the sword. He hears Soul Edge's voice, in disguise as his master Vercci. The sword tells him he has done well in finding Soul Edge and he must now offer his soul. However, Voldo's hears the true voice of Vercci warns him the Evil Sword's trickery. It is unknown whether the voice was a spirit or just Voldo's imagination. Voldo takes Soul Edge for his guardianship and protects the sword from those who sought for it. But also protects humanity from the sword's malevolence by preventing it from ever being wielded from anyone.

In the ending, as Voldo looks at Soul Edge, his master's voice can be heard saying to take the sword give his soul to him. Before he could grab the sword, he looks back at Vercci who appears as a bright and floating light, Vercci cries out to Voldo to not be fooled. The ending shows Voldo placing the sword onto Vercci's throne. A group of thieves and soldiers enter the room and are taken out by Voldo, who then bows to Soul Edge and walks away. The text-only epilogue says that the cursed sword will never be held by mankind again as long as the guardian of the sword keeps his vigil.

According to the sixth installment, the illusion of Vercci from Soul Edge was shattered from Voldo's mind by a purifying blow from Kilik's weapon Kali-Yaga. When he returned to the Money Pit, he finds it had been ransacked by thieves during his absence. He spent the next several years tracking and murdering the ones who stole anything from the pit. He continues his search for the object that Vercci had always desired, the Soul Edge. 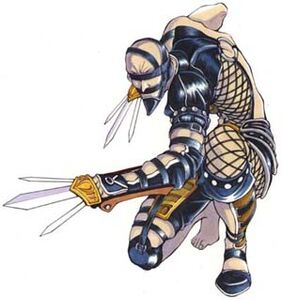 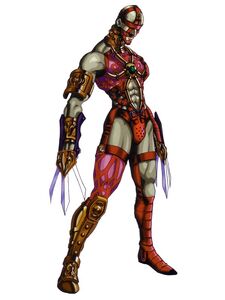 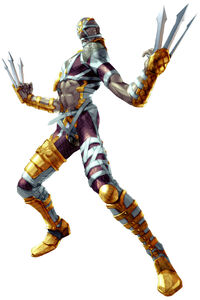 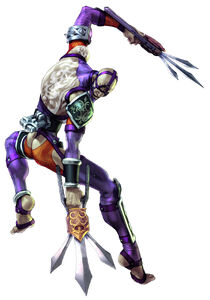 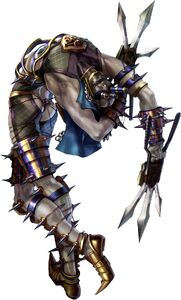 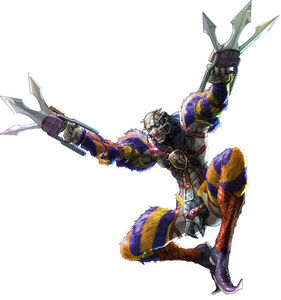 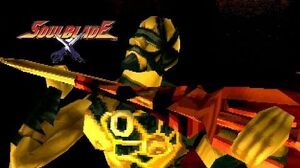 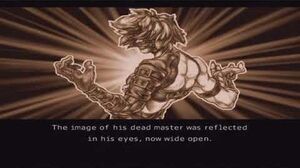 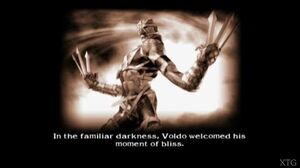 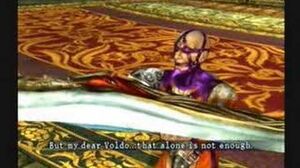 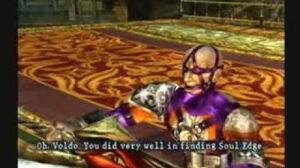 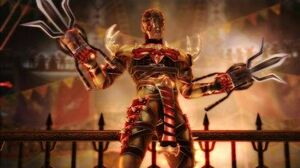 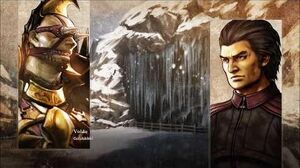