Enforce the laws of the vampire world.

To keep and maintain vampires' existence in secrecy.
Silence any who threatens to expose the secrecy of their existence.

The Volturi (also known as the Volturi Coven) are a civilized coven of vampires, the largest and most powerful organization in the Twilight series, and they enforce the laws of the vampire world. The Volturi serve as the main antagonist coven of the Twilight franchise.

The equivalent of royalty in the vampire world, the Volturi consists of 5 core members: Aro, Caius, Marcus, Aro's wife Sulpicia, and Caius's wife Athenodora. Marcus's wife (and Aro's sister), Didyme, was also a member before she was killed by her brother. Aside from these head members, it also consists of a collection of powerfully imposing vampires, known as the Volturi Guard, three of which are most powerful. The Volturi Guard includes twins Jane and Alec, Felix, and Demetri who are supposedly the only members of the Guard who are named among the 32 various members of the Volturi Guard.

We're told that they're power hungry, corrupt government with no respect for human life who want to take out the Cullens for no particular reason, but they're the only vampires that make any active attempt to control their species, follow their own laws and keep vampires from senselessly slaughtering humans. Even though their primary motive is more along the lines of self-preservation, they still do more to protect both their own species and humans than the designated hero protagonists, the Cullens. Their rules are actually pretty reasonable such as never revealing yourself to humans and never turning infants. 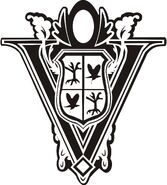 The Volturi fan made poster

Aro, Caius and Marcus in the fourth movie.

The Volturi about to kill

Aro ,Caius and Marcus put down their hoods from their heads

few members of The Volturi

The Volturi arrives with Aro and his henchmen 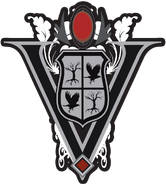 Add a photo to this gallery
Retrieved from "https://villains.fandom.com/wiki/Volturi?oldid=3551786"
Community content is available under CC-BY-SA unless otherwise noted.