Monster
Volucris Falco is a Falcon Lord and antagonist in Kamen Rider Agito.

Volucris Falco was created by the OverLord to assist the Ulucus in pursuing Gills. Falco was later sent to fight Agito and keep him occupied until the OverLord's arrival.

Falco was later killed by G3-X with his GX-05 Cerberus. However, right before dying, Falco fatally wounded Kaoru Kino by headbutting his stomach.

Volucris Falco was among the revived monsters who were part of Super Shocker, formed from the remnants of Dai-Shocker. After Doras emerged, Falco sided with it alongside the other remaining monsters. Falco was later destroyed by Kamen Rider Blade with a Lightning Slash. 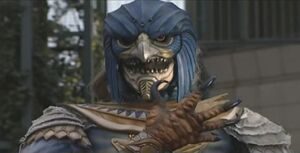 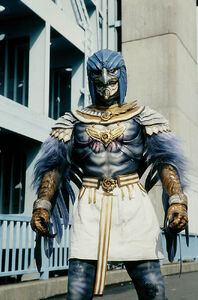 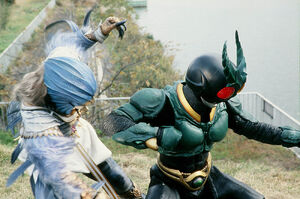 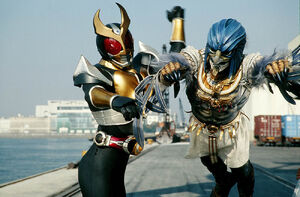 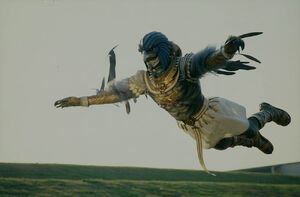