Disrupt Earth's weather patterns and take over the world.

Vortex is a weather-manipulating ghost from the Danny Phantom cartoon series. He is the main antagonist of the episode, Torrent of Terror.

He is voiced by David Boat

Vortex is very proud, viewing the weather that he generates as his "art", which is why he was so infuriated when Vlad told him to stop his rainstorm. His immense power makes him think of himself as greater than other ghosts, since he told Vlad that he should feel honored to be in his presence. Vortex takes great joy in creating freak weather, such as generating a blizzard in the Egyptian Desert and a lightning storm that knocks down the Eiffel Tower. When he talks, Vortex has a habit of gasping mid-sentence.

Throughout the centuries, Vortex unleashed destructive weather across the Earth, but he was eventually subdued by the Observant High Council. They kept his powers under control with the Spectral Barometer, however during his sentencing, Vlad Plasmius appeared and freed Vortex. The weather ghost was ready to resume his rampage, but Vlad got him under control with the Spectral Barometer. He commanded Vortex to unleash a massive heat wave on Amity Park, then told everyone he had developed a weather controlling device (actually the Spectral Barometer). Vlad fired it into the sky, hitting the weather ghost, and he used his powers to unleash a rain storm, increasing Vlad's approval rating.

But when he told Vortex to stop the rain, he became enraged, refusing and Vlad attempted to use the Spectral Barometer to force the weather ghost to obey. However he managed to overpower it and reflect the energy back, destroying it and leaving the only thing able to control him gone. Vortex went off to begin a worldwide rampage with Vlad attempting to subdue him, but he quickly defeated the half-ghost. In revenge for the humiliation that Vlad had subjected him to, the weather ghost condemned Amity Park to the worst storm ever, the maelstrom. Panicking, Plasmius got Danny to join him in battling Vortex, but when they went to confront him, Vlad left Danny to fight the weather ghost alone.

They battled and the half-ghost soon discovered that he was out of his league, proving unable to even hurt Vortex while he was blasted again and again. Soon enough Danny was defeated and the weather ghost left to begin his rampage, not knowing that one of his attacks had left the half-ghost with some of his weather manipulation powers. When Sam, Tucker, and Vlad realized that Danny's mood could now control weather, Sam and Tucker went to draw Vortex back to Amity Park, while Vlad was forced to keep Danny in a good mood. They found him in Venice and taunted the fact that Amity Park wasn't under the effect of his powers, causing him to angrily head there.

The weather ghost began ravaging the town with intense heat and cold, but Sam, Tucker, and Danny used Tucker's virtual reality program to manipulate Danny's emotions, allowing him to unleash various weather attacks to weaken Vortex. He managed to blast the half-ghost again to remove the weather-manipulation powers, but the Fenton Plane's weapons managed to weaken the weather ghost enough to capture him. Danny returned him to the Observants, but he escaped again. Later Vortex was amongst the countless ghosts that helped to turn the planet intangible to save it from the Disasteroid.

Vortex has the basic abilities of a ghost, including energy rays, Invisibility, Intangibility, Flight at incredible speeds, and and Spectral Body Manipulation to change his size, turn into a cloud, tornado, and maybe more. He is also able to use a version of the Ghostly Wail, though this may be more of a wind based power. Vortex possesses the ability to manipulate weather on a global scale and this includes lightning blasts, generating enormous storms, cryo and thermokinesis giving him heat vision, duplicate himself, and breathing powerful gusts of wind and icy blasts.

He is weakened by sunlight, which causes him to shrink similar to other ghosts when they are weakened. 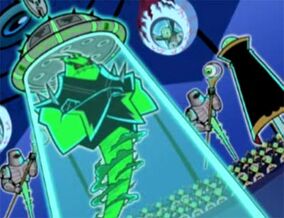 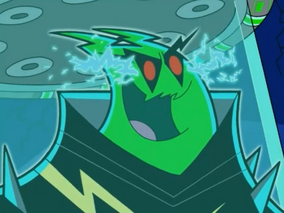 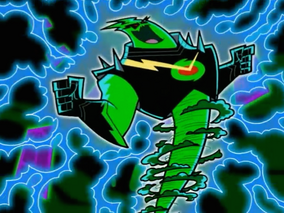 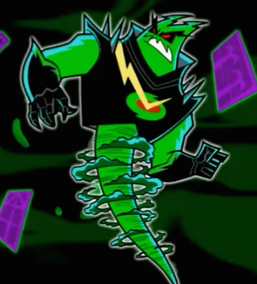 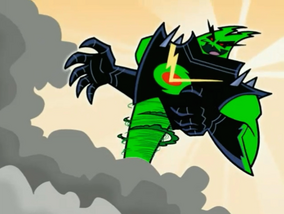 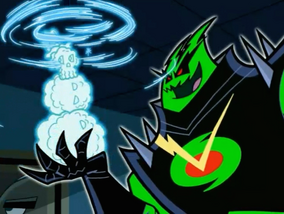 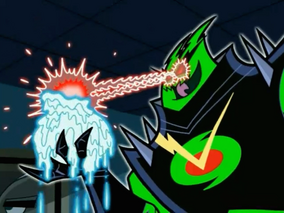 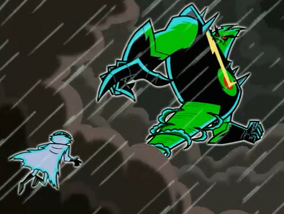 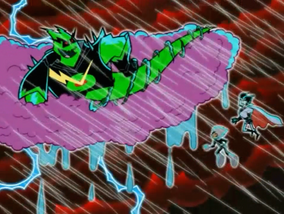 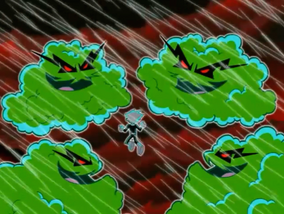 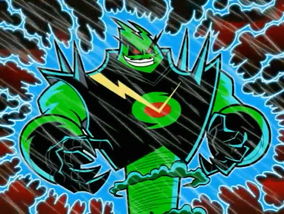 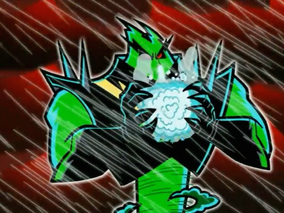 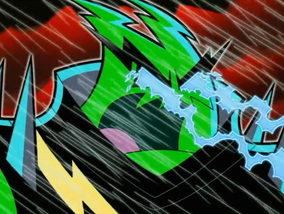 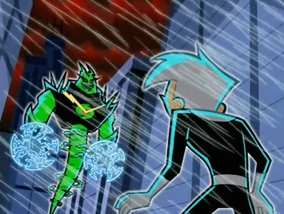 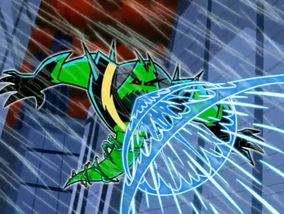 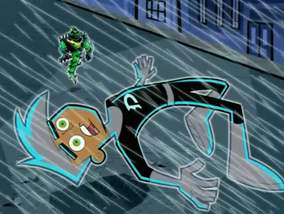 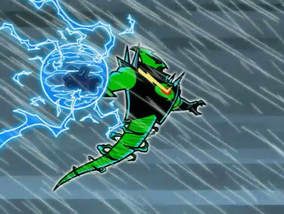 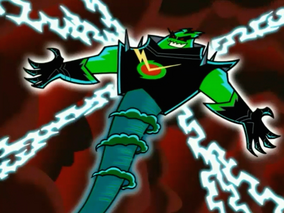 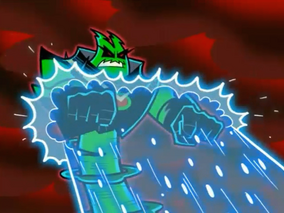 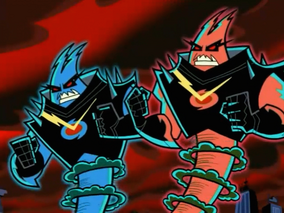 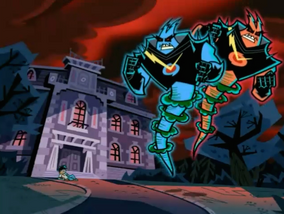 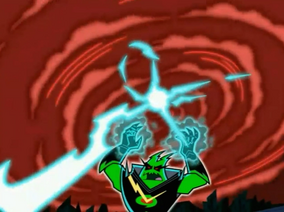