Murderous Fighter
Vortigon is the final villainous boss and unlockable character in the Chaos Faction series.

Vortigon is the last boss of Chaos Faction. The battle against Vortigon is headed in Universe City. Vortigon's special weapon is the Atom Bomb. Once you defeated Vortigon, you finished the whole game, unlocking Vortigon and its Atom Bomb, plus you unlock three bonus characters called -EON-‚ Kesteven and Smittia.

The three characters are the creators of the game, and members of the Dissolute Productions.

In Chaos Faction 2, the player must defeat Vortigon's team which consist of Minigons and the commander of the Minigons named Hypergon. The battle against Hypergon is in Chaos Tower, as the last boss of the game. While you are in the tower, you get attacked by Minigons, and climb up the tower.

Once you climbed to the roof, Hypergon appears and starts the battle. As the player defeated Hypergon, you unlock Hypergon's special weapons: Teleporter, Crate Detonator and Dark Energy, as well as Hypergon and Minigon as your characters.

When you earn all of the achievements in the game, you unlock Vortigon as the final character of the game.

Hypergon is the commander of the minigons. Hypergon appears to be a ball of flame with red-white eyes. It appears that on his hands and feet that he has only three fingers, while both are burning as well of his body. Hypergon is very hostile, waiting for the player to defeat his minions to show his power. 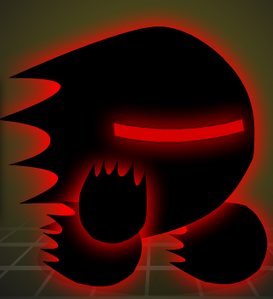 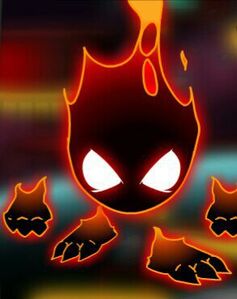 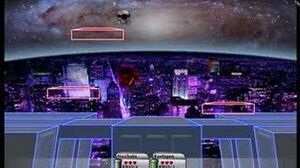