Adrian Toomes, better known as the Vulture, is an antagonist from the 2010 Marvel video game Spider-Man: Shattered Dimensions. He is Norman Osborn's right-hand, and a cannibalistic criminal responsible for killing and eating Ben Parker. He is from the Noir Universe.

He was voiced by Steve Blum, who also voiced Vilgax and Zs'Skayr in Ben 10, Amon in The Legend of Korra, and the Green Goblin in The Spectacular Spider-Man.

Adrian Toomes began his life as a circus freak who was forced to bite the heads off of chickens for show. Toomes grew to hate humanity for their treatment of him. Once he was freed, Toomes turned against all humanity and began attacking and eating them. His ferocity caught the attention of Norman Osborn, who brought him into his gang as an enforcer and eventually as his right-hand. When Benjamin Parker refused to be intimidated by Osborn or his gang, Toomes was dispatched so he would murder and cannibalize Peter Parker's uncle. This led to his nephew, Peter Parker, also known as Spider-Man, to seek vengeance. While Spider-Man shot Vulture and presumed him dead, he returned later to continue his life of crime.

After the Tablet of Order and Chaos is broken in a battle between Spider-Man and Mysterio, the pieces are scattered across dimensions, with the Vulture obtaining one and attempting to deliver it to the Goblin. In the Noir Universe, Spider-Man tracks down the Vulture after defeating Hammerhead, seeking to take him out next for what he did to Ben.

The Vulture is deranged and sadistic, enjoying the suffering of others and taking delight in cannibalizing humans. Despite this, he is a coward, primarily choosing to flee from danger and even trying to make deals to get enemies off of his back. However, upon being empowered by the Fragment, the Vulture becomes more confident and monstrous, planning on eating Spider-Man and betraying Osborn. 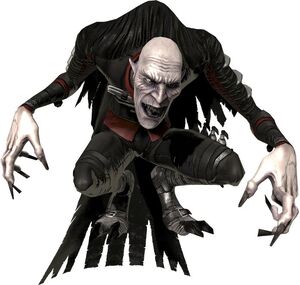 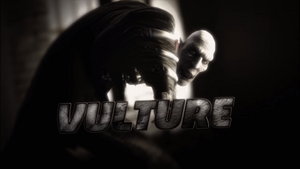 The Vulture makes his entrance. 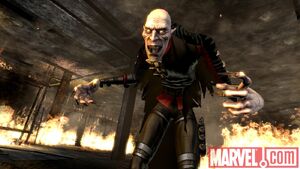 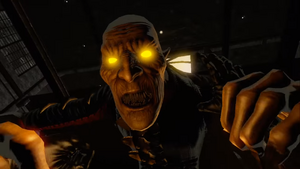 The Vulture pins down Spider-Man during his battle. 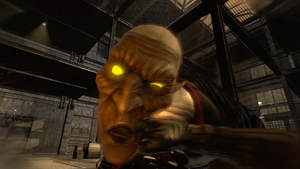 The Vulture gets punched. 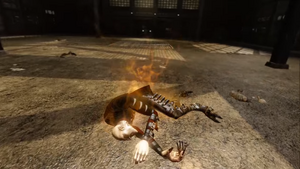 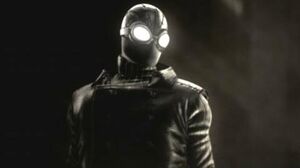