Colonel of the Helghast Military

Assist in the Helghast invasion of Vekta.

Take over Diortem (briefly succeeded).
Defend Helghan from the ISA, Acquire the virus and use it to destroy Vekta.

Totalitarian Social Darwinist
Vyktor Kratek is a Colonel of the Helghast Military and is the main antagonist of Killzone Mercenary. He's famous for being a radical zelott and for being the rallying call for Helghast supremacy and was personally appointed by General Armin Metrac during the Battle of Diortem.

prior to Kratek's service in the Helghast military, Kratek had been researching on experimental weapons on planet Helgan and the advances in Helghast weaponry. His research had eventually caught the attention and trust of Autarch Scolar Visari who was promoted to Colonel as a result of his assistance to the Helghast Army. Following his promotion, Kratek was deployed to Vekta during the Helghast invasion by Armin Metrac and was tasked with the goal of capturing and interrogating ISA Admiral Alex Gray and soon began his conquest of Diortem.

During the invasion of Vekta Kratek was tasked with conquering the city of Diortem, a strategic land point and Kratek and his forces had overwhelmed the ISA Forces pushing them back to the brink of collapse. During the events of Killzone: Mercenary Kratek has taken over Diortem and stolen advanced ISA weaponry but Alex Gray is the only one who can grant access to the weapons. In response, Kratek interrogates her in the Halls of Justice building and even gasses a room of ISA troops to convince Gray to talk but she doesn't and flees but not before shooting Grey when Mercenaries showed up to rescue her. The Mercenaries then began to break out of the compound and fight through waves of Helghast soldiers. Kratek continued his conquest of Vekta until General Metrac was killed an he eventually was forces to retreat back to Helghan.

In 2359, the Interplanetary Strategic Alliance plans a massive full-scale invasion of the planet Helghan to bring down the Helghan Empire and Autarch Scolar Visari. Kratek was one of the leading Helghast commanders to help plan for the planet's defenses and was put incharge of developing new weapons to decimate the iminate planetary ivasion of ISA Forces. Kratek than orders ISA Ambassador Sepps Harkin and his son along with his bodyguard to all either be killed or arrested during the early hours leading up to the invasion. During this time, he sent a small division of Helghast soldiers over to the Vektan Embassy to capture the ambassador and his family but Aran Danner (a mercenary) came in and prevented the Helghasts from taking them unfortunately he was too late as the parents were found dead upon his arrival. Kratek eventually found Danner and convinced him to help him stop Alex Gray from getting the virus to make it a bioweapon and use it on Helghan however this was only a sceam as he wanted to use the virus to create his own bioweapon and use it to whip out the entire population of Vekta. He then convinced a mercenary known as Arran Danner to help him kill Gray but was going to kill him once he brought the virus back to him. Kratek was soon shot dead and killed by Anders Benoit.

Kratek has the traditional helghast mask like all of the others exeptt his is white and has a long pipe going down it. He also wheres a big black trench coat and has gold plating on the top of his chest and possibly armor beneath his jacket. 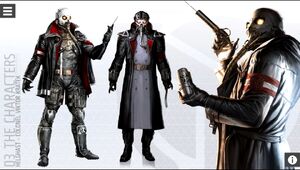 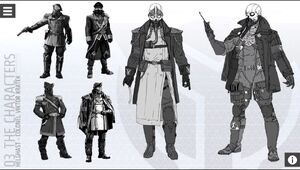 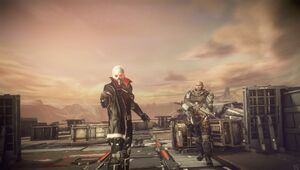 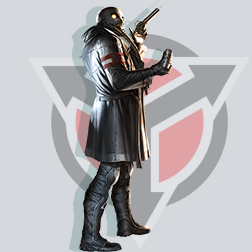