Princess of All Demons (briefly)

Vypra is the villainous vixen played the role of mother figure to young Impus with Queen Bansheera missing and is a supporting antagonist in Power Rangers Lightspeed Rescue. The second of the demons released from the tomb. Vypra battles the Rangers in her high speed dune buggy, the Vyprari. Vypra was killed by Queen Bansheera, who absorbed her energy to gain a bodily form.

She was later mysteriously resurrected, and plotted to rise a super-demon which would destroy the Rangers. Her mission took her to Silver Hills, where she faced the Time Force Power Rangers, as well as the reunited Lightspeed Rescue Rangers, who joined forces to destroy her.

She was portrayed by Jennifer L. Yen.

Vypra was one of demon servants of Queen Bansheera, during her reign over the humans. After Queen Bansheera was destroyed and left Diabolico in charge, Vypra took of the role raising Queen Bansheera's son Prince Impus, whom she adored, until his mother returned. Vypra and the other were then eventually sealed away by a warlock, until they were freed by nomads wandering in the desert. After Vypra and the demons returned to their liar, the Skull Cavern, Loki explained to her and Diabolico that humans had built a city, Mariner Bay, on the grounds where their palace used to be. Determined to destroy Mariner Bay and rebuild Queen Bansheera's palace, Vypra along with Diabolico and Loki, sent demon monsters to destroy Mariner Bay, but the monsters were destroyed by the Lightspeed Rescue Rangers. 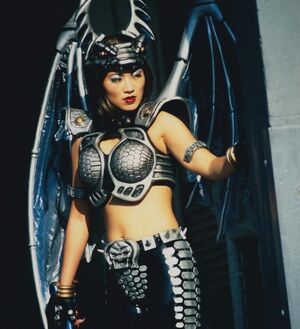 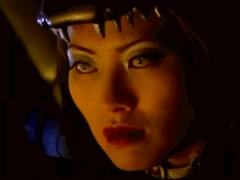 Retrieved from "https://villains.fandom.com/wiki/Vypra?oldid=3808067"
Community content is available under CC-BY-SA unless otherwise noted.