Villains Wiki
Register
Don't have an account?
Sign In
Advertisement
in: Doctors and Scientists, Organizations, Movie Villains,
and 21 more

WICKED (in the novels)

Governments of the world that survived Post-Sun Flares event

Find the cure for the Flare Virus (failed in books, partially succeeded in films).

Gather up and send the surviving Immunes to safe place where they can rebuild human civilization (succeeded).

World In Catastrophe: Killzone Experiment Department, generally abbreviated to WICKED (WCKD in the film adaptation), is a flagitious organization that was originally formed to find a solution to the Flare Pandemic, and are shown as the central antagonistic faction of The Maze Runner book trilogy and film series.

After the Sun Flares, the remaining governments of the world combined their resources to set this organization up, for the world was in desperate need of a cure. For the purpose of experimenting, they selected about 100 children between the age of 12 and 17, many of whom were immune to the Flare. They passed them through The Trials, such as the Maze and the Scorch, which involved various variables which were designed to stimulate the killzone, their codeword for the brain and the worst bodily area of infection, so they could record specific patterns. They planned to use these killzone patterns to discover why these children's brains were able to co-exist with the Flare on a cellular level, hopefully allowing them to produce a cure. Thomas, Teresa, Aris, Rachel, Brenda, and Jorge are all WICKED members that went either experienced or worked in the trials as subjects and agents.

Throughout the series, Teresa Agnes and Ava Paige frequently mention that WICKED is good, implying that every action or intention WICKED does is justified. This oxymoron is a prime example of doublethink, and serves as a type of propaganda tool for WICKED. Of course, as seen throughout the series, WICKED is shown as immoral and nefarious, with the organization performing very few deeds that anyone but them would perceive as "good". Towards the end of the series Teresa eventually defects from the moral argument of WICKED but Chancellor Paige continued to cling to its principals until the final battle at WICKED Headquarters (book).

In the film series, Doctor Ava Paige, WCKD's Director of Operations, possesses a large character arc over WCKD's motives. In the beginning, she appears strong and confident in WCKD's efforts (and abuses, depending on your point of view), while she eventually defects from the original ideals of WCKD and up until just hours before the Last City's demise she had completely given up on the prospect of a cure to the Virus.

In The Maze Runner: The Kill Order, Mark reads messages between members of the Post-Flare Coalition, a governmental organization of sun flare survivors. He learns of a secret branch, the Population Control Committee who release the Flare due to limited resources and increased population. It can be assumed that these organizations are precursors to WCKD as Chancellor Paige admits WCKD released the Flare for means of population control.

WICKED's ultimate fate is unknown, although it is safe to assume that WICKED is destroyed by the Right Arm during their attack in Maze Runner: The Death Cure. 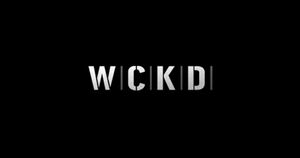 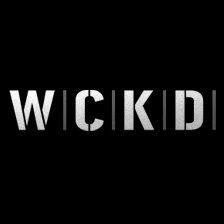 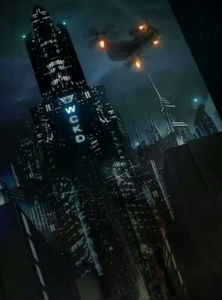 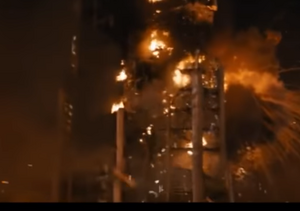