Diary of A Wimpy Kid

Hanging out with Pete.

Get revenge on Greg and Rowley for damaging Pete's truck. (failed)

Wade & Carter are major antagonists in Diary Of A Wimpy Kid. They are Pete Hosey's best friends and like Hosey himself are nameless characters in the book but much more prominent and fleshed out characters in the movie.

They are portrayed by Donnie McNeil and Samuel Patrick Chu respectively.

Carter is an Asian American teenager with tanned skin and black slicked back hair and appears to be the leader of the two as well as Pete's right hand. While Wade is an American teenager with short brown hair and is only seen taking orders. They are both of average height and have little to no visible personality other than Carter being rather cowardly and impatient.

They first appear throwing water over Greg and Rowley on Halloween and chase the two until they are cornered in Greg's grandma's house, and wait outside with Pete after Rowley accidentally reveals that they were in the house alone.

After Greg wrecks Pete's truck with a power tool they help Pete in chasing down Greg and Rowley but stop after they went into the devil worshipper woods.

They later appeared in Pete's truck driving past Greg and Rowley but not recognizing them due to the two hiding with the Kindergarteners they were walking home. They appeared restraining Greg and Rowley before Pete forces Rowley to eat the infamous cheese. They flee the scene along with Pete when Coach Malone recognizes Pete.

Along with Pete, they make no later appearances in later installments. 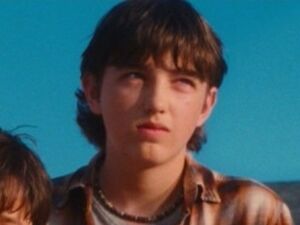 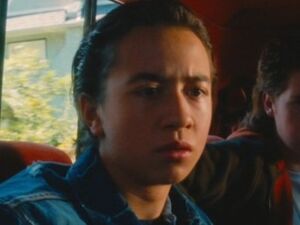 Carter
Add a photo to this gallery

Retrieved from "https://villains.fandom.com/wiki/Wade_and_Carter?oldid=4266940"
Community content is available under CC-BY-SA unless otherwise noted.