Wakasagihime is a minor antagonist in the Touhou series, being the first boss of Touhou: Double Dealing Character and, much like other bosses, became a recurring character after that. She is a mermaid that lives in the Misty Lake and one of the youkai that became stronger because of the side-effects of the Lucky Mallet. She is usually not an enemy of humans, but thanks to her newfound power she planned to join the Youkai Rebellion and rebel against her superiors. Her ability is to become stronger when in water.

Due to the Miracle Mallet's power, Wakasgagihime became hostile and attacked the heroines before being beaten up.

She has dark blue hair and eyes, as well as small fins in the place of ears. She wears a frilly green leaf-patterned kimono which fades to teal at the bottom. In the place of legs, she has a blue-grey fish tail ending in two large fins. 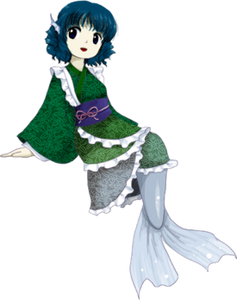 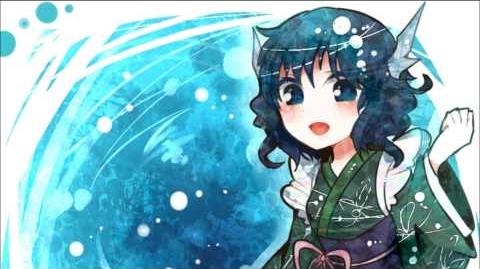 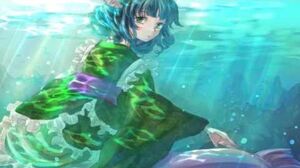