Competing with Alfalfa for Darla's affection.

Attempted Murder Of The Little Rascals

He was portrayed by Blake McIver Ewing.

Waldo Aloysius Johnston III is the rich snobbish rival to Alfalfa, he picked up Darla after the He-Man Woman-Haters' clubhouse caught on fire. He sabotaged Alfalfa at the talent show by putting dish soap in his water and tried to make him and his best friend, Spanky, crash during the race by hitting the wheels of their go-cart with blades that came from the sides of his and Darla's car.

Darla discovered Waldo's true nature from his actions and his uncaring attitude toward said actions, broke up with him on the spot, and took his go-cart to help Alfalfa and Spanky. He was last seen inside his car, saying that they would be hearing from his lawyers before driving away.

The Little Rascals: Save the Day 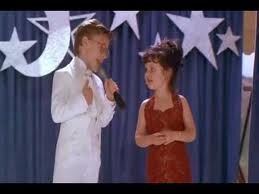