Complete the 21 Sacraments and have his "mother" back.

Walter Sullivan is the main antagonist of the video game Silent Hill 4: The Room. He is an orphan raised at the Wish House, an orphanage in the town of Silent Hill run by the Holy Mother sect of the local cult known as The Order. He was chosen by the cult to perform the sect's ritual called the 21 Sacraments for the Descent of the Holy Mother, which required him to murder 21 people to bring about the arrival of the cult's God. He was also Henry Townsend's archenemy.

He was voiced by Dennis Falt.

Walter Sullivan was born in 1967 in Room 302 of South Ashfield Heights, an apartment building in the small city of Ashfield, a few hours drive from Silent Hill. His father could never stand him as he never wanted to have any children so he and his wife abandoned him in Room 302 right after he was born. This led to Walter believing the apartment was his "mother". Frank Sunderland, the superintendent, found the infant and called an ambulance to take him to the nearby St. Jerome's Hospital.

Walter was sent to live at Wish House, an orphanage used by the Holy Mother sect to indoctrinate young children into the Order. The children were taught the sect's scriptures and were made to read them. If they read poorly or misbehaved in any way, they briefly imprisoned in a stone tower known as the panopticon, but it was known that they put "unlucky" children into severe punishments even if they behaved properly. The watchmen there were not members of the cult, and one of them, Andrew DeSalvo, was particularly abusive and also an alcoholic. His abuse made Walter resent him as well the Order and this had consequences later on. It became clear early on that Walter had special powers, and thus could fill the role of the Conjurer, the one named to perform the 21 sacraments in the sect's scriptures. A series of events unfolded, involving key members of the Order that Walter was the main part.

Jimmy Stone and the Sect of Valtiel

The Holy Mother sect that ran Wish House was rivaled by the Holy Woman sect, led by Dahlia Gillespie. The Holy Woman sect had its own ritual for the descent of God, which involved burning a young woman with special powers in order to impregnate her with God. However, all attempts at performing it had failed because no girl they tried could withstand the ritual. An Order priest named Jimmy Stone formed a third sect, known as the Sect of Valtiel, to mediate between the two sects and hasten the descent of God. It was decided to use Walter as the Conjurer and Dahlia's daughter Alessa as the vessel for God. Stone's right hand man was George Rosten, the priest who administrated Wish House. Rosten personally tutored Walter in the 21 sacraments.

The first ten sacraments had to be ten "sinners," and Walter didn't have the authority in the cult's eyes to make that judgment. Rosten therefore surreptitiously implanted the spirit of the angel Valtiel, considered to be a judge and executioner, into Walter's subconscious. But Dahlia had meanwhile discovered that Alessa was more powerful than she had previously thought, and decided to sabotage Stone's plan.

She told the young Walter, who was under the impression that the 21 sacraments would reunite him with his mother, that his mother is Room 302 in South Ashfield Heights telling him that she is "asleep", and he used the room as the vessel later on. From this point on, he traveled to South Ashfield Heights every Sunday and tried to enter room 302. However, Richard Braintree, who lived in room 207, frightened him so badly that he stopped visiting the apartment building. When Walter turned 18, he left Wish House and moved to the nearby town of Pleasant River, where he began his preparations for the sacraments, in the hopes this would resurrect his "mother".

The Sullivan Murders: Round One

Walter's first round of killings involved the removal of their hearts, which were necessary for the Ritual of the Holy Assumption. Walter then neatly stitched the wounds back up. He carved his name as well as numbers on the victims' bodies. He began with 01/21, which the police mistook the slash for "01121". He killed ten people in as many days.

Walter took the victims' hearts, as well as the obsidian goblet, the white chrism, and the sect's scriptures to a secret chamber in the then vacant room 302, which he had created as a place to perform the Ritual of the Holy Assumption. The ritual allowed his soul to exist after death, and also created several bizarre otherworlds based upon his painful memories. But the ritual also had an unexpected effect: it split his soul into two parts, the adult psychotic killer, and the innocent child who just wanted to see his mother. This second half existed in the other worlds only.

Not long after his performance of the ritual, Walter was arrested and convicted for the murders of Billy and Miriam Locane. He killed himself in his jail cell by stabbing himself in the neck with his spoon and severing his carotid artery. In doing so, he completed the assumption ritual and released his soul from his body and became 11th victim. His body was buried in a cemetery near Wish House, but he dug it up and wrote 11/21 on the coffin. Walter moved his body to the secret chamber with the ritual items to await the completion of the 21 sacraments.

The Sullivan Murders: Round Two

The Sullivan Murders: Round Three

The third round of killings began about two years after the disappearance of Joseph Schreiber. These final victims were pulled into Walter's twisted worlds and killed. Henry Townshend, the new occupant of room 302, was chosen to be the Receiver of Wisdom (21/21), which entailed being pulled into Walter's worlds, witnessing the murders, and learning the truth about Walter. Walter's initial attempt to kill Eileen Galvin, victim 20/21, was stopped by the intervention of his child self.

Henry and Eileen eventually made to a room known as the ritual area, where Walter made his final attempt on Eileen's life. Henry attacked Walter's body, which had mutated into a large monster. He attacked it with Walter's umbilical cord (which Frank Sunderland had kept), as well as with eight holy spears, which destroyed Walter's body and allowed his soul to be attacked and killed.

Walter's killings of both Jimmy Stone and George Rosten destroyed the Valtiel sect, while the Holy Woman sect was destroyed at roughly the same time as his round two killings during the events of Silent Hill 3. Toby Archbolt, head of the Holy Mother sect, was the last important Order priest left alive. His death at Walter's hands brought about the end of the Order as an organized religion in Silent Hill, Maine. 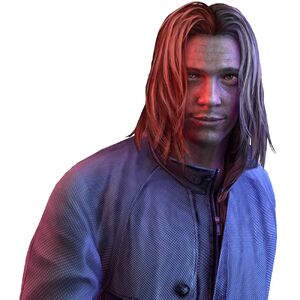 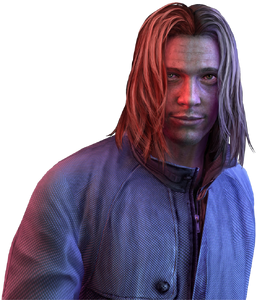 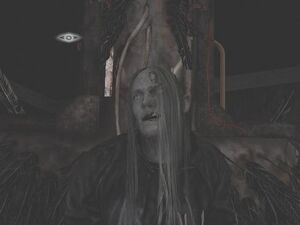 The cadaver of Walter Sullivan.

The numbers 11/21 carved on the feet of Walter's corpse.

Walter Sullivan's corpse, after he performed the mysterious "Ritual of the Holy Assumption". 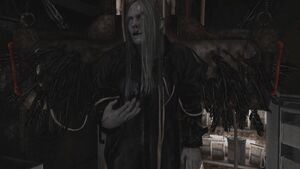 Walter Sullivan's corpse, after the Ritual of the Holy Assumption was performed. 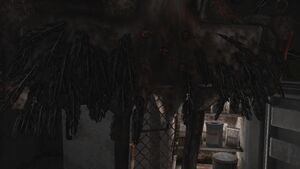