Make untraceable poisons to those who pay him.

Wang Chan was a drug dealer in an extremely dangerous slum known as Ogre Street in London. One of his clients was Dio Brando, who bought poison to kill his father. Much later, Dio bought more poison, this time to kill his adopted father George Joestar. His adopted brother, Jonathan Joestar, discovered Dio's plan and decided to go after Wang Chan to find a remedy for the poison.

After fighting the street thugs from Ogre Street, Jonathan is taken to him by the leader of the thugs, Robert Speedwagon, who decides to go with Jonathan and Wang Chan to unmask Dio. However, Dio wears the Stone Mask and becomes a vampire, killing Jonathan's father George, slaughtering policemen called by Jonathan to arrest Dio, burning the entire mansion, as Jonathan barely escapes. Some time later, Wang Chan goes to the ruins to find the Mask, thinking it could be worth lots of money. However, Dio emerges from the rubble and transforms him into an undead servant.

Wang Chan, now basically a zombie, helps his new master to recover from his injuries and to gather more minions, one of them being Jack the Ripper. Dio sends Wang Chan after Jonathan, but he is defeated by Jonathan, who learned the Ripple technique with Will Zeppeli. Dio, advised by Wang Chan, finds a way to counter the Ripple. Later, after all of Dio's minions are defeated, Jonathan faces Dio and defeats him, but as Dio is disintegrating because of the Ripple, he decapitates himself, and Wang Chan picks his head up.

After Jonathan marries and takes a cruise ship, Wang Chan brings Dio's head in a glass and turn everyone in the ship into zombies. Dio fatally wounds Jonathan, but Jonathan uses the last of his power on Wang Chan, making him wreck the ship, sinking with everyone aboard including Jonathan (saving Erina Joestar and Elizabeth who would later grow to become Lisa Lisa). 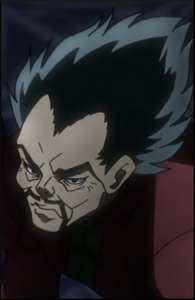 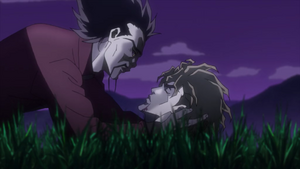 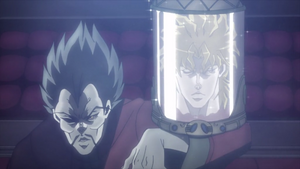 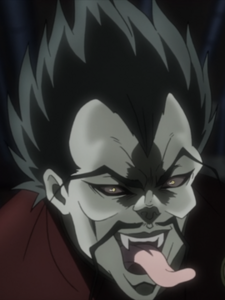 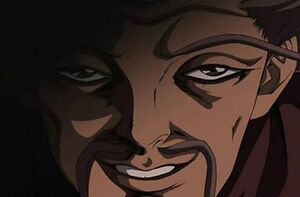