Villains Wiki
Register
Don't have an account?
Sign In
Advertisement
in: Mature, Attack on Titan Villains, Military,
and 35 more

Power of the Titans

Improve/defend the standing of Eldians worldwide (except on Paradis).
Help their families.
Prevent the Rumbling.
Take the "Coordinate" from Eren Yeager.
Eradicate all "Eldian Devils" on Paradis Island (all failed).
Defeat/destroy Eren Yeager and halt the Rumbling (ongoing).

Jingoistic Military
The Warrior Unit (in Japanese: 戦士隊, Senshi-tai) is an organization of the Marley military composed entirely of volunteer Eldian youths, a subdivision of the Marleyan military's Eldian Unit. They generally serve as the central antagonists of Attack on Titan series, as their main mission throughout most of the story is to take a "coordinate" from the current Attack Titan holder Eren Yeager and wipe out the "Island Devils" on Paradis Island. During the present story's timeline, the last generations of Warriors have been commanded, trained, and overseen by the Marleyan Theo Magath.

Cadets make up the main force of the Marley Warriors. These cadets can vary in age, ranging from young adults to some as young as twelve years old. Before they receive the power of Titan Shifter, cadets need to take many test and training. Having been raised with Marleyan propaganda from a young age, the Warriors follow the orders of their superiors without question. For some, this is done out of blind faith to Marley and an honest belief in the information they have been indoctrinated with. The original warriors are Bertolt Hoover, Reiner Braun,Annie Leonhart, Porco Galliard, Marcel Galliard, Pieck Finger and their warchief Zeke Yeager. Out of them, only Porco who has no power of Titan until he got it from Ymir, who responsible for Marcel's death.

In year 845, the military send Bertolt, Reiner, Marcel and Annie to begin a mission to attack the Walls. Before they begin the mission, they are attacked by mindless-titan Ymir which results in Marcel's death and, after eating him, she reverts to her human form with his Jaw Titan power. After they successful enter the walls, they begin the infiltration as part of 104th training squad, with Bertolt and Reiner become part of Survey Corps while Annie chose to join Military Police Brigade. Their mission almost failed as Annie is defeated and crystallized herself, and taken as captive by the Survey Corps. When Reiner and Bertolt reveal themselves as Armored Titan and Colossal Titan, they almost success in taking both Eren and Ymir.

Although they failed to bring Eren to Marley, they decide to take Ymir and return her to Marley first, where she became their prisoner. Two months after Historia is crowned as the current queen of Walls, Zeke decides to help them to take Eren, aka the "Coordinate", while the mission to save Annie can wait. He brings Pieck, aka the Cart Titan, and several mindless titan to attack the walls. However, he decides to retreat as they are defeated and believes Paradis has taken both Annie and Bertolt. In truth, Bertolt is eaten by mindless-titan Armin, which resulting him obtain Bertolt's colossal titan power.  Between 850-854, Porco inherited the power of Jaws Titan after he eat Ymir. 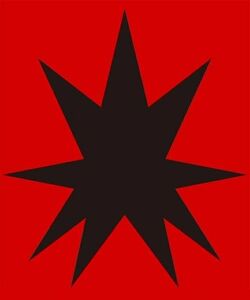