Leader of the 8 Bit Club

Creating monsters with the Dream Machine.

Conquer and rule over Muu/Subcon.

King Wart (Mamu in the original Japanese version) is the main antagonist and final boss of Super Mario Bros. 2, as well as the game it was adapted from, Yume Kōjō: Doki Doki Panic, and BS Super Mario USA. He is a toad-like king and the leader of the 8 Bit Club whose goal is to take over the world of Subcon.

Wart also appears as a supporting character in The Legend of Zelda: Link's Awakening. Aside from video games, Wart appears as the primary antagonist of the Super Mario Advance book and the Cloud Nine comic book, a major antagonist in Super Mario-Kun, and a supporting character in Wart steht unter Strom, Tanooki Suits Me, and the Nintendo Adventure Books.

In the original story, Mamu appears in a storybook telling the tale of the Muu World, the world of dreams. The world's weather is dependent on the dreams of its inhabitants, so they invented the Dream Machine to ensure that they would always have good dreams and thus good weather. The mischievous monster, Mamu tampered with the machine to create an army of nightmare monsters to conquer the Muu World, throwing it into disarray and despair, which he relishes. But the Muu people discovered his weakness to vegetables and used it to defeat him.

The storybook was later given to the twins Poki and Piki, by the green-dressed monkey Rūsa. However, the twins enter a quarrel with each other and end up tearing out the final page of the story, thus removing the book's ending where Mamu is defeated. Freed, Mamu's claw then appears and kidnaps the two children into the pages of the storybook. The two kids pleaded for help, and Rūsa hurries away. Thus, a family comprised of Papa and Mama, their son Imajin and his girlfriend, Lina jump into the storybook and set off to save the twins and liberate Muu from Mamu's regime.

Mamu fights the family when they reach the dream factory. Mamu can spit five bubbles at the four heroes and can destroy the vegetable projectiles produced by the machine of his room. Conventional attack methods are ineffective against Mamu. The family has to throw vegetables in his mouth when it was open, defeating him after four hits. To make matters worse for Mamu, the game is set the way that all four Imagin Family members must reach the final stage on their own separate and independent adventures: as if being defeated once is not bad enough, this means that Mamu would be defeated by all four members of family, all the while eating total of sixteen vegetables, food that he really hates.

After Mamu's fourth and final defeat, the inhabitants are saved, completing the story. Mamu's crumpled body was shuttled away to be properly disposed of. The two kidnapped children are rescued from their cages (with the key being thrown at the cage while Mamu was being beaten offscreen to a pulp by the Muu people) and return with the family back to their world, where the game ends.

After gathering enough forces, Wart invaded and conquered the Subcon. In response, the citizens of the Subcon contacted Mario and asked for his help to defeat Wart.

Mario, Luigi, Peach, and Toad eventually found their way to the Subcon and fought through Wart's army before eventually confronting Wart face-to-face.

He attacks by shooting/burping out nightmare bubbles at Mario, Peach, Toad, or Luigi (whoever the player faces him as). He does have one weakness. You can grab the vegetables as they come out of the vegetable machine and throw them at Wart when he opens his mouth. If a veggie touches a bubble, it will be destroyed, so a character must time their shots carefully. He hates vegetables, so whenever one is thrown into his mouth, he takes damage. After six hits, Wart will turn to stone and fall off the screen. He is then tossed around and beaten up by the Subcon after Mario and friends release them.

It is then revealed that the entire game was a dream by Mario.

After building up his forces again, Wart invades and conquers the Subcon, forcing the king of the Subcon into hiding. He also steals the golden statues that were placed as thanks for the rescue of Mario and company. In order to stop Wart, the Subcon King contacts Mario and co. requesting their help once again.

The heroes eventually confront Wart once again. Like in his previous appearance, he is defeated by tossing vegetables at him. After he is defeated, Subcon vanishes.

Under his Japanese name Mamu in the international versions of the game, Wart makes a minor appearance in The Legend of Zelda: Link's Awakening and its Nintendo Switch remake. He can be found in a pond beneath the Signpost Maze and will teach Link the "Frog's Song of Soul" for 300 rupees. Mamu cannot be revisited after obtaining the song, as he and his choir went away on tour based on a nearby sign.

Wart was mentioned by a yellow Toad at Sunglow Ridge who supposedly saw him in his dream.

Wart appears in the game as an advanced grab-type primary spirit. His spirit battle is against King K. Rool and Peach on Skyworld with a sleep-inducing floor. Only K. Rool needs to be defeated to win.

A frog named Wart Jr. with the cranky personality can become a resident in the player's village.

Wart appears as the main antagonist in the Cloud Nine comic. Here, he appears as a businessman who manipulates Mario, Luigi and the Mushroom King during their search for a good bed. Wart manages to trick the Mario Bros. into leaving the King alone, whom he then takes to the top floor of the bed store and presents him the Cumulo-Nimbus Special, a weather-altering, bed-shaped cloud that spreads a sleep aura. The King instantly falls asleep on it, after which Wart proceeds to use him as a power source for the Cumulo-Nimbus, which he sends out to the Mushroom Kingdom.

The entire kingdom is being flooded by the cloud as lightning strikes and hurricanes woosh over the land. Realizing that they've been deceived, Mario and Luigi manage to save the King and stop the Cumulo-Nimbus. They later ambush Wart and blast him off to the Fungus Forest.

Wart appears again in Tanooki Suits Me, where he tries to purchase stolen art from Bowser. Mario, however, tricks Wart into thinking that the art is worthless and that Bowser is double-crossing him. This leads to a fight between Wart and Bowser as Mario returns the art to the museum.

In Wart steht unter Strom, Wart fights Mario in a rage after the plumber stole the batteries of his Game Boy.

Wart is the primary antagonist in the Super Mario Advance book, where he takes over Subcon yet again. After defeating his underlings, Mario, Luigi, Toad and Peach confront him, but Wart effortlessly captures them all with his bubbles, safe for Peach, who barely manages to beat him by pelting the toad with vegetables.

Wart returns once more in Volume 8 of Super Mario-Kun, where he takes over Subcon a fourth time. Now with the ability to shapeshift and transform and immunity to the vegetables he was once weak against, Wart fights Mario and friends yet again. Birdo is lost during the fight, but Wart turns up defeated regardless.

Wart's other appearances are in the Nintendo Adventure Books, where he turned Subcon into a skate park in Doors to Doom and as a guest to Bowser's party in Dinosaur Dilemma.

Wart is shown to be proud, rude, menacing, selfish, persistent. His greatest desire is to conquer the dream world Subcon. More likely than not, he would not be satisfied and would take on the rest of the universe. He does not stop, even if he is defeated. This was shown in BS Super Mario USA, when Wart returns to "replace" Subcon's king Osama; in other words he tried again to conquer it, but was defeated by Mario. Yet, Wart is known to be very jealous and possessive of Mario. After his conquests on Subcon, Wart can have an even-tempered and calm attitude, as shown when Link met him. Instead of conquering Kolohint Island, Wart spent most of his time traveling throughout the world and assisting Link on his quest. He even has his two Frof Choir with him.

In the original Doki Doki Panic, Wart/Mamu is shown to be much more mischievous. He snuck into Muu people's dream factory, tampered with Dream Machine, making people having bad dreams and taking a great relish until Muu people bombarded him with vegetables.

Since Wart is a frog, he possesses the abilities that any frog has and especially has affinity with water, able to spit streams of water. Wart can spit bubbles, which can harm and also trap others and incinerate items, as well as powering up his allies.

Wart can also use magic, and put a curse on someone, as revealed that the curse he put on Mario during his sleep did not work according to the Instruction Manual of Super Mario Bros. 2, but he can put a spell on an entire world, and cast spells to alter the landscape, as well as conjure flashes of light to clear entire areas of enemies, turning others into different things and swapping the places of others, or even warping reality.

Wart is nearly invincible; he could not be harmed, not even a bomb will injure him, unless a vegetable is thrown at him six times (four times in Yume Kōjō: Doki Doki Panic). In Yume Kōjō: Doki Doki Panic, Wart is able to rift space-time, shaping a portal to another world, making his hand huge and then extending it to the outside world. Wart can also travel from world to world, wherever he wishes to, including in The Legend of Zelda: Link's Awakening.

Wart can control dreams as well and is immune to destruction powers and being erased from existence, as he remained even after the world he's in is destroyed. Lastly, with the Frog's Song of Soul, Wart can resurrect others and awaken them from every type of sleep and unconsciousness, including eternal.

In Super Mario-Kun, Wart could also transform and shapeshift into various forms. He can also create pocket realities resembling his throne room inside of vases in Subspace, as seen in BS Super Mario USA. 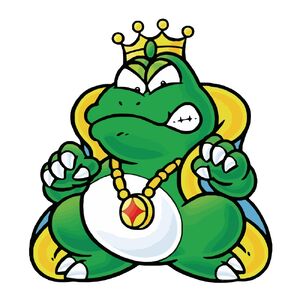 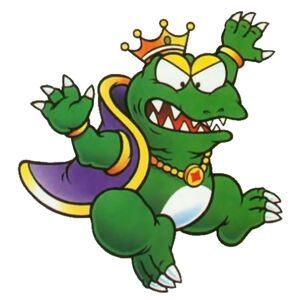 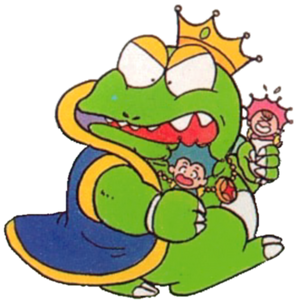 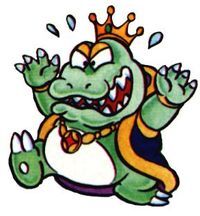 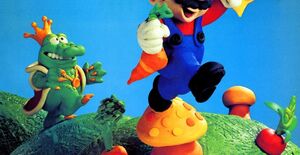