The Warthog Monster is an unnamed member of Ludo's Army and a minor antagonist in the animated series Star vs. the Forces of Evil.

He was voiced by Keith Ferguson.

The Warthog monster first appears in "Star Comes to Earth" as one of the many monsters Ludo brings with him to Earth to steal the wand from Star. He fights Marco but gets bounced off by the Giraffe Monster in a car, and blasted with a narwhal blast. Later, he retreats with the others into a dimensional portal.

He then appears in "Match Maker" with Ludo and his army fighting Star and Marco again. But gets defeated again and retreats with the others.

In "Brittney's Party", he appears with Ludo and the rest of his army as they hijack the party bus and drive it towards a dimensional portal. Star then fights them all on the roof of the bus. She punches the Warthog monster in the face and later seen leaving in pain and agony with his fellow monsters.

He is in the beginning of "Lobster Claws" with Ludo and the rest of his army fighting Star and Marco. He is then blasted with fiery cupcakes and is defeated due to Lobster Claws' incompetence. He then leaves Earth and later returns to get the wand again. When Lobster Claws gets the wand he and the other monsters are impressed by his evil actions. Then gets blasted with a daisy explosion.

At the beginning of "Fortune Cookies" he and Ludo's other minions fight Star and Marco and get defeated once again. In the castle breakroom he sits at a table with the Two-Headed Monster, and the Warthog monster is seen to have a bread in his nose. Later, he elbow-drops at the monsters on the ground, and gets his fist stuck in a Lizard Monster's mouth. When Toffee comes up with a plan to get the wand, the warthog monster attacks Star and Marco in a valley with the rest of the monsters. But soon gets defeated by Star's mushroom blast.

In "Marco Grows a Beard", he along with Ludo, Toffee, and the rest of the monsters go to get the wand from the Diaz household. He fights Star but gets hit in the face and falls to a pit of hair, and later gets kicked out of the Diaz household. When they fail Ludo immediately blames them for losing and takes away their milkshake privileges. However Toffee manages to get the monsters on his side and kick Ludo out of the castle.

His last appearance was in "Storm the Castle" as one of the many monsters serving Toffee now. After Star uses the Whispering Spell to destroy her wand the Warthog monster is caught in the explosion. It is unknown if he survived or died in the explosion. But it could imply he most likely did, as the rest of Ludo's Former Minions survive the explosion. 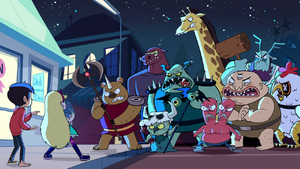 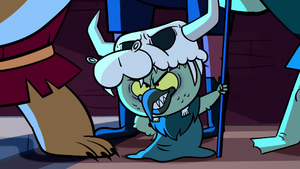 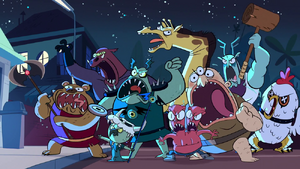 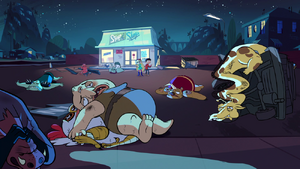 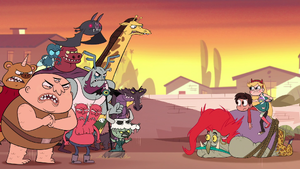 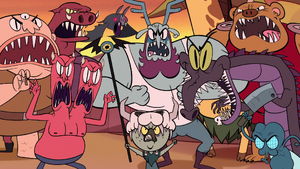 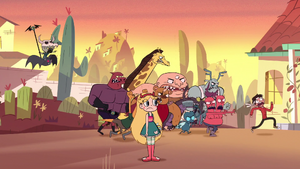 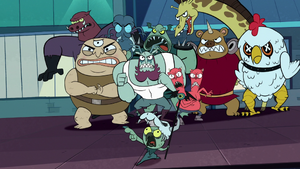 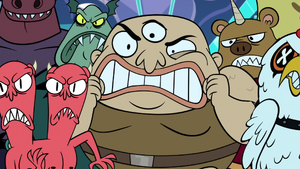 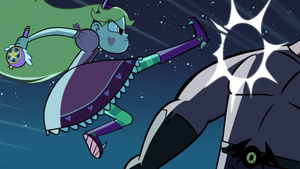 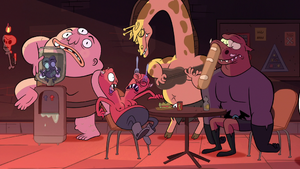 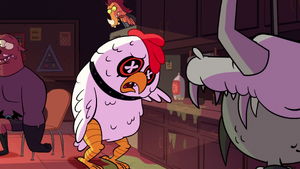 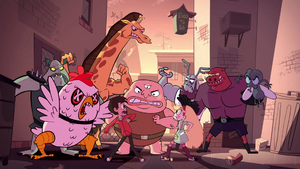 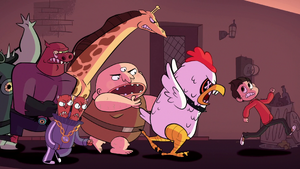 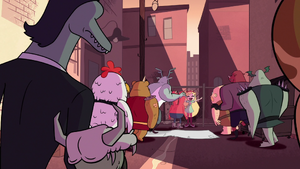 Retrieved from "https://villains.fandom.com/wiki/Warthog_Monster?oldid=3460857"
Community content is available under CC-BY-SA unless otherwise noted.