Thugs
The ﻿Waste Yummies are underdeveloped Yummies each made from half a Cell Medal and antagonists in Kamen Rider OOO.

Several Waste Yummies were produced by Foundation X and used alongside Masquerade Dopants and Stardust Ninja Dustards in their operation to recover the SOLU for their own nefarious purposes. They were deployed along with the other grunts at various sites where the meteors carrying SOLU had landed, however they were fought off by the Seven Legendary Riders.

An army of them was later summoned by Lem Kannagi alongside groups of Masquerade Dopants and Dustards to fight the Riders while he enacted his scheme to become ruler of the world.

A Waste Yummy appeared as part of Bujin Gaim's Army. Alongside three other Yummy, it participated in the attack on Bujin OOO's base.

After becoming Another OOO, Kuroto Dan obtained the power to summon Waste Yummies and turn people into Waste Yummies, which he used on anyone who defied or protested his rule.

Waste Yummies later appeared as part of the army of revived monsters assembled by Swartz as he enacted the final stages of his plan to merge all timelines of the Kamen Riders together.

Several Waste Yummies appeared as members of Tid's army of past enemy grunts. The army fought against and was wiped out by a gathering of the 20 Heisei Kamen Riders. 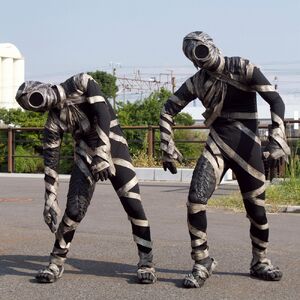 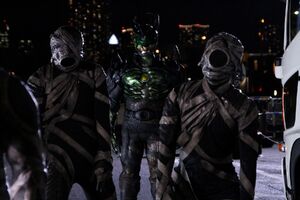 Some Waste Yummies summoned by Uva. 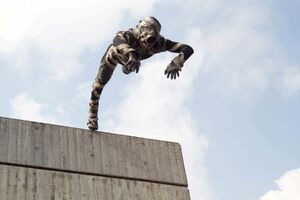 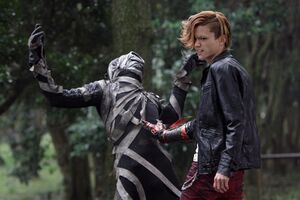 A Waste Yummy getting pushed aside by Ankh. 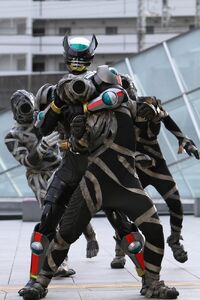