He may also consider his films as a sort of twisted "art". This is further reinforced by his taste for the theatrical, as in the sole scene where he films himself, he wears a commedia dell'arte bird mask, also known as a zanni mask, in order to remain unseen. 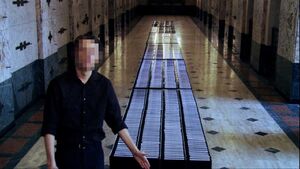 Every single one of Edward's tapes lined up in bins, with a total of over eight-hundred altogether. 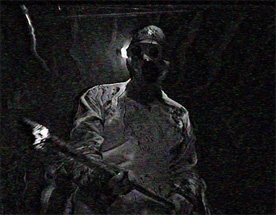 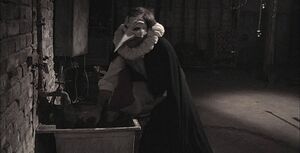 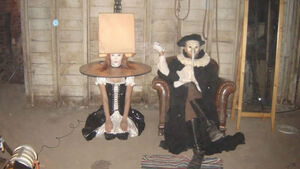 Edward with Cheryl acting as his desk.

Edward hitting a body with an axe.

Edward sawing the head off an unknown woman.

Edward forces Cheryl to kill a woman as punishment for disobeying one of his orders.

Cheryl after being rescued when Edward abandoned her. It's unknown if he cut her hand off or she did herself. 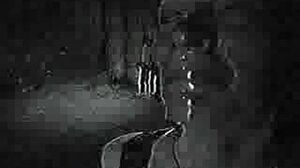 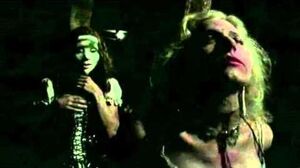 The Poughkeepsie Tapes (scene of hanging)