Have a romantic relationship with Mr. Burns (ongoing).

Serve Mr. Burns and meet his every needs (succeeded).

Waylon Joseph Smithers, Jr., often shortened to just "Smithers", is the secondary antagonist (and sometimes anti-hero) in The Simpsons and a supporting antagonist in the 2007 theatrical film The Simpsons Movie. He is the kindhearted yet immoral assistant of Mr. Burns.

He is voiced by Harry Shearer, who also voices Mr. Burns and many other characters in the series.

Waylon J. Smithers Jr. was born roughly around 1954. When he was a baby, his father, Waylon Smithers Sr. often took his son to the nuclear power plant that he worked at. Due to his father's close friendship with his boss, plant manager C. Montgomery Burns, he may have been formally introduced to Burns before his father's death.

When Waylon was four months old, his father had sacrificed himself to save the power plant from destruction in a nuclear meltdown, and essentially saved his son's life. Burns took Waylon in as his own son, and raised him to be his assistant.

Although normally not that bad a person he is obscenely loyal to Mr. Burns (to the point it is heavily implied he is in love with him), although it is worth noting that Smithers is often the subject of abuse rather than malice on his own part. He is shown to have a jealous streak and can be rude and even physically violent towards those he dislikes and can be sneaky, like when Homer once replaced him at the plant. In general though Waylon Smithers is somewhat a recurring antagonist as well as a toadie rather than a fully-fledged evil-doer. He did rather rudely turn down a job prospect at one point.

One time in an episode set in the future, Smithers is ordered to release the hounds but he upturns a box of canine bones instead.

He is however a common villain and boss in The Simpsons video-game universe, appearing in many of the "Bart" games as well as The Simpsons Wrestling (where he is often surprisingly powerful).

He is also one of the main antagonists (alongside Burns) of the popular Simpsons Arcade game - where he is an outright supervillain. Unlike the show, he takes glee in committing evil acts for his boss like kidnapping Maggie and trying to kill the family. Once the players defeats him, he gets blown up by his own bombs.

Here are all of Smithers' evil deeds in some of the episodes he appeared in. Keep in mind that since Smithers is more amoral than evil, most of his evil deeds are those he performs alongside Mr. Burns. 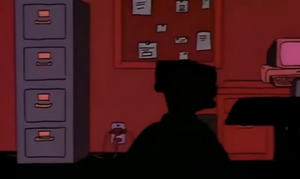 Smithers entering the officer personel at night and looking for Homer Simpson's document. 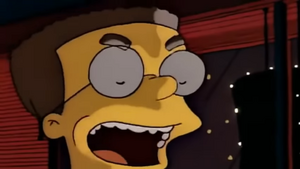 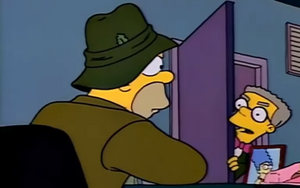 Smithers telling Homer to have the speech ready and mocking his ruined condition. 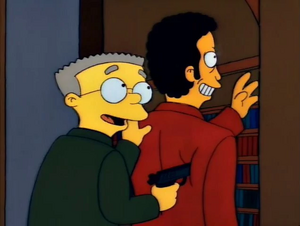 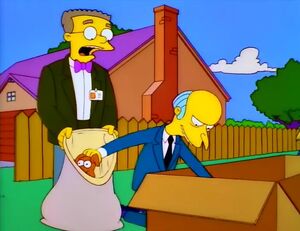 Smithers helping Mr. Burns to steal the Greyhound Puppies from the Simpson family. 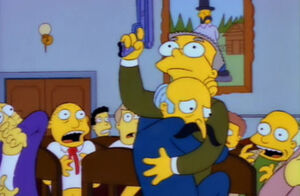 Waylon Smithers pulling out a hook gun to escape along with "Mr. Snrub" from the angry crowd. 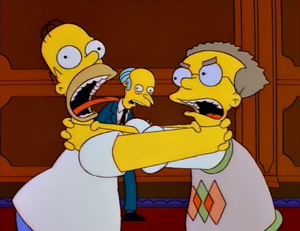 Smithers attacking Homer for ruining the plan to get back his job.

Smithers preparing "wild gerbiles" to tear apart Homer if he refuses to embed and evil smile. 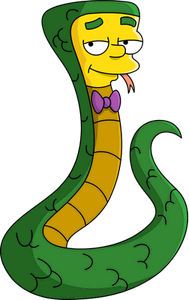 Smithers as Slithers in "Treehouse of Horror XII". 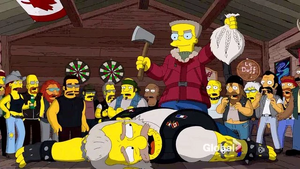 Waylon Smithers beating a biker in a bar, pulling his hair with an ax.

Smithers offering a sack of money to the owner of the radio station "KBBL" so that the monopoly of "Burns Media" can buy it. 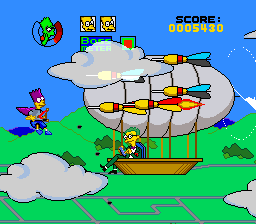 Bartman vs Smithers in Bart's Nightmare 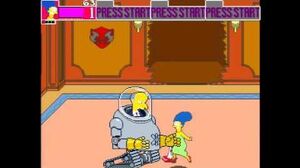