Make profit, even through immoral or illegal ways

Wayne Enterprises is a company founded by the Wayne family. They are involved in illegal activities which Bruce Wayne investigates in order to get to the bottom of his parents' murder. That was before Bruce Wayne and Lucious Fox turned this company honest. Thomas and Martha ran an honest company, when they died part of the company died with them.

It is revealed that most of Wayne Enterprises illegal and unethical business has connections to the Court of Owls who is working behind the scenes, mostly through Hugo Strange who is also the one who hired a killer to kill Thomas and Martha.

At some point the Court of Owls took control of Wayne Enterprises, running it above the board of directors themselves.

Ten years before the death of Thomas and Martha Wayne, Thomas founded a bio-engineering program in order to help people who have been born disfigured. However, Wayne's trust in the facility's director Hugo Strange had been misplaced and Strange used his position to conduct unethical and barbaric experiments on the inmates. Once Thomas Wayne found out, he closed the facility.

However, Strange eventually founded another facility called Indian Hill. When Thomas Wayne began researching rumors about the facility, Strange hired a hitman to murder Wayne in order to hide his involvement.

The Board takes over

After Thomas' and Martha's death, the Board of Directors begin running the company.

When they discover Bruce is investigating them, they hire his butler Alfred Pennyworth's former army buddy Reginald Payne to spy on them and see how much Bruce Wayne knows. Alfred walks in on Reggie and ends up being stabbed, although he survives. Bruce and Selina Kyle track down Reggie and interrogate him for information and he reveals that Wayne Enterprises have been watching them. When Reggie threatens to report them, he is pushed out of a window by Selina.

Bruce infiltrates Director Sid Bunderslaw but is caught. Sid reveals to Bruce that his father knew about the corruption.

Sid Bunderslaw is later kidnapped by Theo Galavan to extract information on the activities at Wayne Enterprises. His eye is cut out to be used as part of a heist by the Pike brothers, a group of arsonists in Gotham. Bridgit Pike uses the eye on a retinal scanner to open up a safe and retrieve an old knife.

Theo plots to take over Wayne Enterprises and hopes Bruce will sign over his 51% share of the company. Theo makes a proposition to Bruce that if he signs over the company, he will give him a folder containing information on the man who killed his parents, as well as contacts and associates. Theo also notes that Wayne Enterprises has been involved in horrific experimentation (as seen in the episode "By Fire" when Bridgit is taken a lab experimenting on "monsters" ran by the company). However, Bruce later refuses the offer, but the file is subsequently thrown into the file when James Gordon and the police arrive to arrest Theo for kidnapping Mayor Aubrey James.

After Theo is killed by James Gordon and Penguin his body is taken to Indian Hill, the new secret Wayne Enterprise testing facility led by Strange. There, Strange experiments on dead and nearly deceased villains in order to find a way to reanimate the dead. He eventually succeeds in reanimating Theo Galavan who returns as the vengeful Azrael.

Six months after the incident at Indian Hill, Bruce Wayne speaks to the entire board and tells them that, though investigations seem to lead to the fact that Strange acted alone, he still believes that an unknown group took control over the company. One board member, called Crowly, arrogantly dismisses this idea as a conspiracy theory and is bluntly rebuffed by Alfred. Bruce further claims that he has proof and will deliver it to the media in one day should the board not reveal who of them is in league with the secret group. 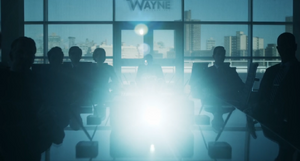 Wayne Enterprises Board Members being shown by Reginald Payne that Bruce Wayne knows. 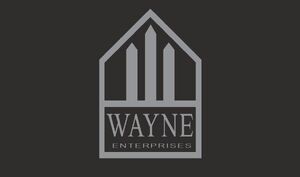 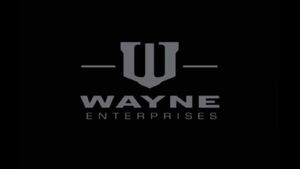 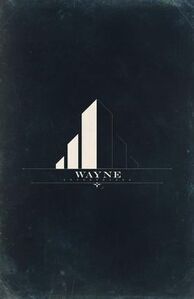