Knives and other weapons
Endurance
Fighting

Get away with his crimes.

Wayne Mackey is the main antagonist in the 2018 horror-thriller film Summer of '84. He is a serial killer who uses his position as a police officer to get away with everything.

He was portrayed by Rich Sommer.

Wayne Mackey is a police officer in Cape May, Oregon. However, when teenaged boys start being kidnapped and murdered by a mysterious killer known as the Cape May Slayer, Davey Armstrong starts suspecting him as the killer, and he starts spying on him. When Mackey notices, he starts stalking Davey in return. Later, when Davey is caught stalking Mackey, he is forced to apologize. Mackey, pretending to be generous and understanding, convinces Davey to trust him.

Towards the end of the movie, Davey, Woody, and Nikki goes over to Mackey's house where they find a mutilated corpse and an injured teenager that Mackey was preparing to kill later. They rescue the teenager, and Mackey is exposed.

At the climax of the film, Mackey kidnaps Davey and Woody, and he injures the former. He then murders Woody and spares Davey just so Davey can be paranoid and suffer from the loss of his friend for the rest of his life. Mackey escapes, and by the end of the movie, he is still at large.

Initially, Wayne Mackey appears to be a polite, friendly and patient police officer who wants to do his duty. However, he becomes more and more suspicious when clues start to point out that Mackey is the Cape May Slayer. Ultimately, it is revealed that Mackey is a sociopathic, callous, ruthless, remorseless, bloodthirsty and sadistic serial killer who targets and kills teenaged boys for fun. He even has a habit of sparing his victims just so they can remain in fear until he finally goes out of his way to finish them off. 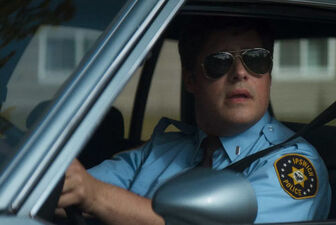 Mackey in his police car. 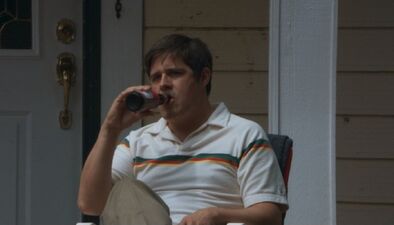 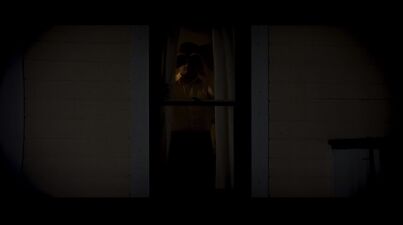