Wendigo is a fictional monster in the Marvel Comics universe. He is based on the mythical creature of the same name. The Wendigo first appeared in the Incredible Hulk #162.

Several people have been afflicted with the curse of the Wendigo, including Paul Cartier, Georges Baptiste, Francois Lartigue, Lorenzo, Mauvais, and others.

The curse is regional to the woods of Northern Canada and takes place, under the right conditions, when a person in the forests of Canada feeds on human flesh. This "Curse of the Wendigo" was created by the Northern Gods (also known as "the Inua") in an effort to deter human cannibalism. The cannibal transforms into a superhumanly strong, nearly indestructible, fur-covered monster: the Wendigo. He or she then roams the woods eating human beings. The Wendigo has frequently fought the Hulk, Wolverine, and Alpha Flight. Paul Cartier transformed into the Wendigo, battled the Hulk, and escaped. He battled the Hulk again and encountered Wolverine, and then battled the Hulk and Wolverine; Paul Cartier was cured as college professor Georges Baptiste became the Wendigo. He later terrorized a snowbound group. He battled Wolverine, Nightcrawler, and members of Alpha Flight; the Baptiste Wendigo was captured and cured by Shaman. Fur trapper Francois Lartrigue later transformed into the Wendigo, battled the Hulk when Bruce Banner stumbled across a cabin belonging to him, and Sasquatch, and was taken to be cured by Shaman.

One Wendigo battled the Werewolf by Night in an issue of Marvel Comics Presents. Its most frequent appearances were in the limited series Sabretooth: Open Season #1-4 where Sabretooth was hired to kill a Wendigo creature, ultimately succeeding. A few years later, a new Wendigo emerges, leading to a fight with Wolverine and She-Hulk. A local Canadian super-hero, Talisman, arrives and claims to have a magical cure for the Wendigo's condition, but S.H.I.E.L.D. agents won't let her pass until they finally confirm her identity. After a long battle, the Wendigo is defeated by a combined attack from his two opponents, and placed into SHIELD custody.

In King Size Hulk #1, it is revealed that a pack of Wendigo exist in the Bering Strait after Red Hulk is attacked by a Wendigo, attracted by his camp fire while cooking a meal. A Wendigo bites the Red Hulk on the shoulder and he bleeds hot radioactive blood. He shoots the Wendigo in chest a few times with a rifle and wounds the creature, but it uses its long tail to damage his gun's sight scope. Angered, the Red Hulk reveals he gets hotter the madder he gets and then kills one Wendigo; the others come to claim the body and eat it.

The Wendigos begin their invasion upon Las Vegas. Bruce Banner, on the trail of the Red Hulk witnesses the Wendigo pack hunting the Casino area's big gaming room, all crouched about a water fountain with statues. Excited near a terrified girl, he transforms into the Grey Hulk. The Grey Hulk gets help in the fight against them from Moon Knight, Ms. Marvel, Sentry and Brother Voodoo. Knocked into some debris, later on the Green Hulk appears. wever, the Wendigos infect Hulk turning him into the "Wendihulk" who ends up attacking his fellow heroes. The heroes managed to cure Hulk and drive away the Wendigos.

When the Avengers Academy students have an encounter with former Norman Osborn subject Jeremy Biggs, it was mentioned that Biggs' company had bought a Wendigo which killed Steve (another former Osborn subject with ice-based powers).

During the Fear Itself storyline, a Wendigo was among the Alpha Flight villains gathered by Vindicator and Department H to spread the Master of the World's "Unity" program and to take down Alpha Flight.

In Hulk and Iron Man: Heroes United, after Iron Man was nearly deployed of his energy drained by Zaxxx, and Hulk was blinded temporarily, they both landed in a cemetery, where the Wendigoes appeared and attacked. Hulk and Iron Man bonded together, taking out the Wendigoes, with Hulk using Iron Man as his eyes, and then managed to defeat them all. 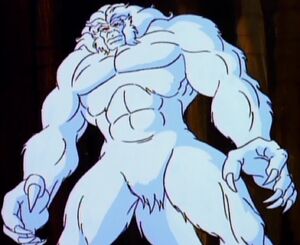 Wendigo in Wolverine and the X-Men

Wendigo in Hulk and the Agents of S.M.A.S.H. 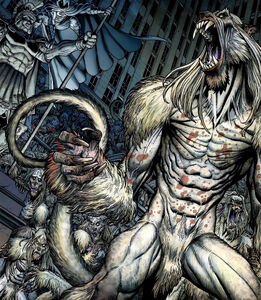 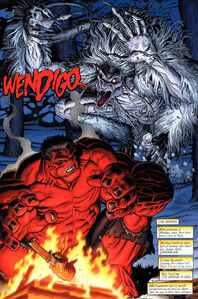 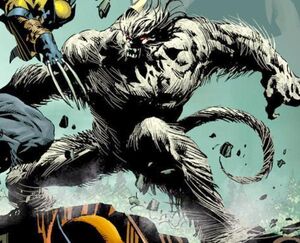 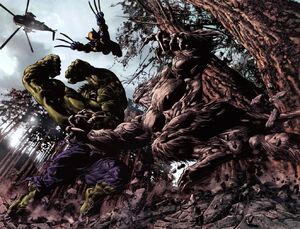 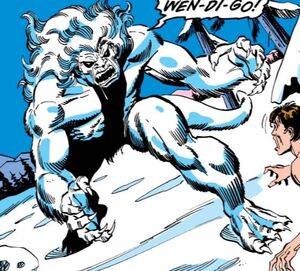 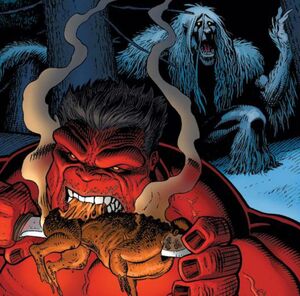 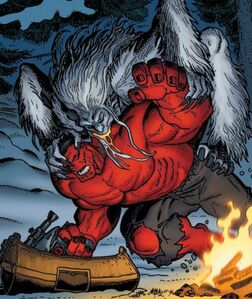 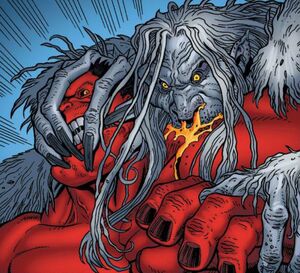 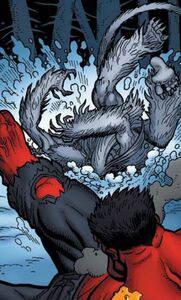 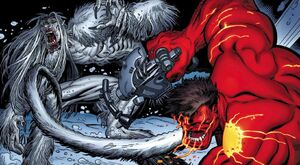 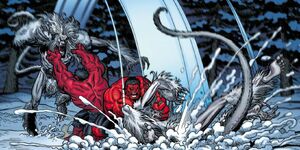 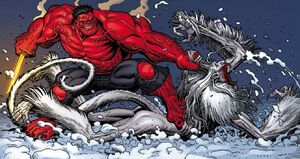 Retrieved from "https://villains.fandom.com/wiki/Wendigo_(Marvel)?oldid=3570616"
Community content is available under CC-BY-SA unless otherwise noted.