The Evil That Devours

Stalking victims in the snow and the dead of night.

Tormenting victims and finally killing them.

Kill and devour whoever they may encounter.

Wendigo who existed in areas where the winter caused it to become isolated due to heavy snow and adverse conditions: in these harsh conditions it was believed that the practice of cannibalism was occasionally practiced and the Wendigo was believed to be the result of such actions.

Often said to have been human, the Wendigo had become transformed via. the act of cannibalism into an eternally hungry monster that had no real universal appearance: though a common depiction, introduced by one Blackwood in the eighteenth century, is simply of a heavily emaciated human figure, albeit badly decomposed and smelling of the grave; this version of the Wendigo was simply an emaciated human, who has been driven to insanity by the possessing spirit. Other versions included a deer-headed decomposing humanoid most likely deriving from the close relatives of Wendigo, the Skinwalkers; or a large hairy humanoid with a heart of ice, most likely confused from legends of the Yeti; the concept of the Wendigo was likely formed as a warning against cannibalism. Currently, Native Americans see any capitalist force as a "Wendigo" due to the destructive powers of such businesses which may have no respect for the land.

The Wendigo has become a popular monster in fiction and somewhat of a staple in horror/fantasy, like Sleepy Hollow and Supernatural, although depictions vary drastically from story to story (though the idea of a large, hairy humanoid is still the most common one) — although the Wendigo itself is almost entirely mythological science has named a cultural phenomena the "Wendigo Psychosis".

The SCP-323 anomaly seems to come from the Wendigo.

Much like Skin-Walkers the Wendigo has become a controversial figure in recent times due to people becoming more aware of native beliefs, one of which holds that the Wendigo is not to be spoken of (native belief stating talking of the creature causes bad luck and may even summon it, making it a cultural taboo); this is coupled with widely inaccurate depictions of the monster in popular culture, with numerous groups and individuals seeking to reclaim the Wendigo and other indigenous creatures and remove the "Hollywood" additions to the myth (such as the deer-features, which are not present in the native folklore).

This is a rare condition in which individuals start to crave human flesh even when other food is in supply and interactions with people suffering from this condition may also of contributed to the legend of the Wendigo. This mental illness is very similar to Cabin Fever and Isolationism, and sufferers often describe being influenced by an external malevolent force.

However recent research has cast doubt on Wendigo Psychosis being a factual disorder and thus the term is falling out of use, though is still a common fictional trope.

Wendigos in Fallout 76 are cannibalistic humans that have been mutated by nuclear radiation into horrifying beasts some can even mutated into the tall three headed colossus. 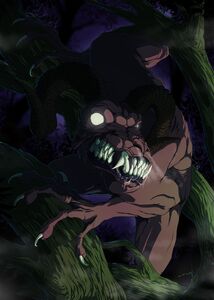 The Wendigo in Pet Sematary. 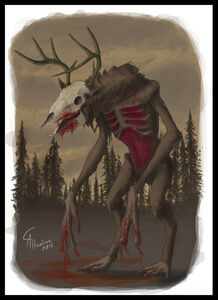 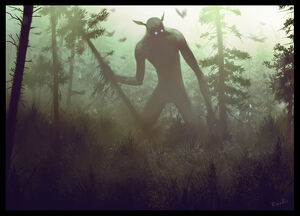 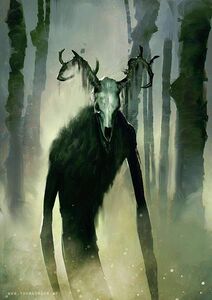 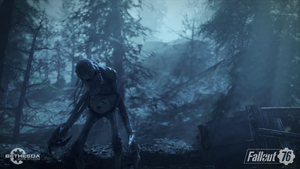 A Wendigo in Fallout 76. 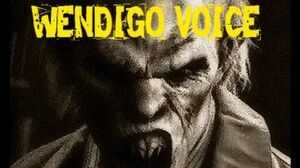