Ruler of the DarkCastle Area on an unnamed island
Dictator

Riding around in her specialized rail-cart.

Utilizing her evil magic.
Casting enchantments and spells.
Enslaving people.
Ruling.
Fleeing away from battles.
Hates dissenters and enemies.
Turning anyone or anything that opposes her into crystals.
Gaining power.
Attacking Tails.

To enslave countless and simply rule all.

To get rid of Miles "Tails" Prower.

Crafty Witch
Witchcart, also known as Wendy Witchcart by fans, is the main villain and final boss of the 1995 platform/adventure videogame Tails' Skypatrol which is a spin-off and prequel to the Sonic the Hedgehog series. She is an apparently insane old witch who simply rides around in a customized rail-cart.

She resides with a creepy castle on a mysterious unnamed island she claims as her own. She claims she is able to turn any dissenters and enemies into crystal. Young Miles "Tails" Prower, brave best friend of heroic speedster Sonic the Hedgehog, makes this his goal is to free the island and its inhabitants from her tyranny upon his arrival there.

Witchcart's island is patrolled by an army of robots; possibly of her own construction. In addition to these mechanized legions of minions, Witchcart is served by 3 animal lackeys: Bearenger, Carrotia and Fockewulf.

Wendy Witchcart claimed to be able to turn those that refused her or against her into crystal, but judging by her actual attacks in the game, it is never really proven if she is a real witch or simply a crazy old woman: the fact she has an army of robots under her command suggests that if she is a witch she is more scientifically orientated than magically affined.

Eventually, Tails defeats her minions and finds her roaming the rails of her castle. In the battle between the 2 foes, she throws spherical sparks out of her vehicle. After being defeated by Tails, Wendy is hauled away from her castle by Tails, presumably to be deposited somewhere where she will no longer be a threat to others. Ever since than, she was never seen nor heard from again.

Wendy Witchcart is an insane old woman and an arrogant self-proclaimed witch. She wants nothing more then absolute control and power. She also has a fondness for rail-carts which she customized her own with the help of robots under her control.

In Archie's Sonic the Hedgehog comics, Wendy has been redesigned as a troll witch and is revealed to be the twin sister of Walter Naugus, thus making her full name Wendy Naugus. Along with her brother, she is the leader of a band of misfits called the Witchcarters. 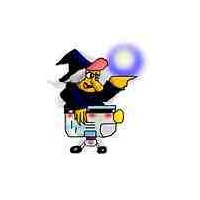 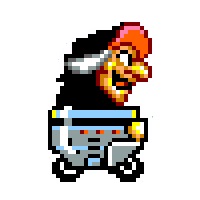 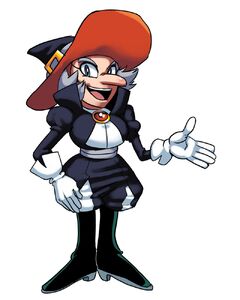 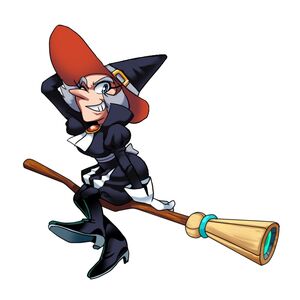 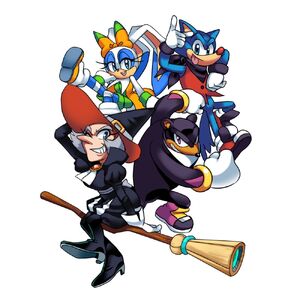 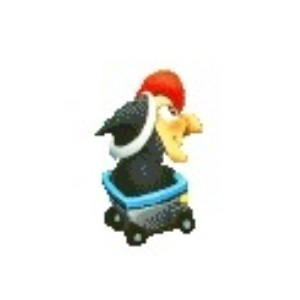 Retrieved from "https://villains.fandom.com/wiki/Wendy_Witchcart?oldid=3451651"
Community content is available under CC-BY-SA unless otherwise noted.