Barbie and The Magic of Pegasus

Control the world (both failed).

Wenlock is the main antagonist of the 2005 animated film Barbie and The Magic of Pegasus as well as a videogame based on said movie. Like many fantasy antagonists, he has similarities to figures in earlier folklore / fairytales.

He was voiced by Colin Murdock, who also voiced Kibosh, Svengallop, and Ramon, and S. Scott Bullock.

Wenlock is a powerful but evil sorcerer who believes his power means he can have any girl he wants, so when he wants Annika to be his latest wife, he was surprised when she refuses.

However, he petrifies all the citizens of Annika's kingdom - including her parents - and tells her that unless she marries him within three days, the spell will become permanent. His wand makes him virtually invincible, so Annika - accompanied by her sister, Brietta, who was transformed into a flying horse (the titular Pegasus) after she also turned down Wenlock - search for the Wand of Light, the only object with the power to defeat him.

After Ferris tips him off, Wenlock catches up with them and, after the Wand of Light doesn't work, takes it for himself and buries Annika under the ice.

When she gets the Wand of Light back, it transforms him into an old man, his griffon into a scrawny cat and his wives - who he'd turned into trolls - back into human form. 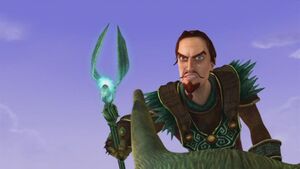 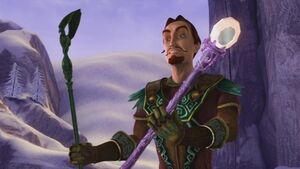 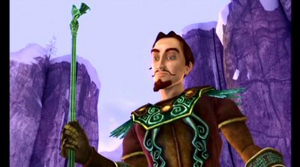 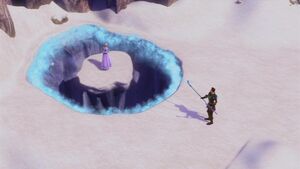 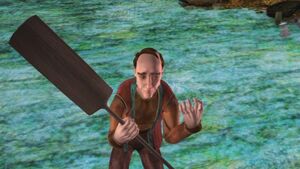 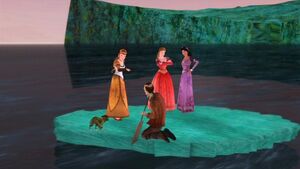 Retrieved from "https://villains.fandom.com/wiki/Wenlock?oldid=3654418"
Community content is available under CC-BY-SA unless otherwise noted.