Werner Wolf is the antagonist from "Canine to Five", a segment from episode 2.05 of The Richie Rich/Scooby-Doo Show.

Werner Wolf is a newspaper science editor who hires Scooby, Shaggy, and Scrappy as typists at a science building. While the trio performed their duties, Wolf was busy with an experiment on stone age studies, using his latest invention in hopes of completing his work. He later walks towards the invention, but the electrodes caused Wolf to turn into a villainous wolf creature. Scooby encountered Wolf's villainous persona when he turned in his work, causing the panicked canine to attempt to inform Shaggy about what he had witnessed. However, Wolf later emerged in his human form and kindly asked the trio to make some coffee.

The trio prepared the coffee, all the while, Shaggy heard growling from inside the lab, suggesting that Wolf was growing impatient. In actuality, Wolf began turning heel again and undergoing his latest werewolf transformation, and it was cemented when all three of them saw Wolf in his werewolf form. Shortly afterwards, the villainous Wolf chased the trio all around the lab, letting out howls and snarls during his pursuit. The climax has Scrappy becoming a wolf creature during the pursuit, and in his form, he successfully defeats Wolf and sent him toward the invention, which turned him fully back to normal. 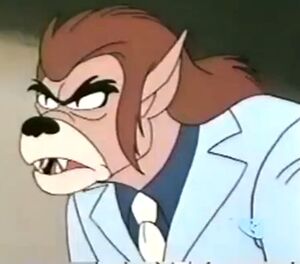 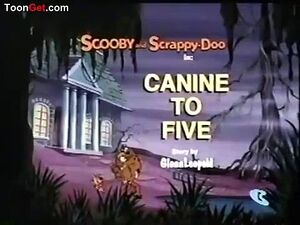