Assassin
Leader of the Fraternity

Hunting down the Fraternity.

Become the new killer in place of his father (comics, succeeded).

Eliminate the Fraternity.
Kill Cross to avenge his "father".
Kill Sloan.
Learn more about his parents and kill the Immortal (all succeeded).

Wesley Gibson is the main protagonist of the comic book series Wanted, and its 2008 film adaptation, as well as the video game follow-up, Wanted: Weapons of Fate. He starts out as another cubicle drone until his life is changed in the plot of the narrative Wanted.

He was portrayed by James McAvoy, who also played Kevin Wendell Crumb in Split and Glass, Bruce Robertson in Filth, and David Percival in Atomic Blonde. In the video game, he was voiced by Jimmi Simpson, who also played young William in Westworld.

It's stated that Wesley's father left him and his mother when he was eighteen weeks old. As a result of this, Wesley's mother raised him not to fight against his bullies, who would beat him until she would come out. Despite not being in his life, Wesley's father would watch him from afar, and one night came into his room while he was asleep.

Eventually, Wesley would get a dead-end job where he hated his boss, who returned the dislike as well. In addition, his girlfriend was cheating on him with his best friend, and it's implied that he knew of their affair, but was too spineless to do anything about it. Wesley allowed people to mock and insult him, and became a doormat for abuse, both verbally and emotionally.

All that changed when Fox came into his life, telling him to cancel his order and mowed down everyone in the fast food building. She took him to the Fraternity and introduced him to Professor Solomon Seltzer, who informed him that his father was killed, and that he can take his father's mantle as The Killer. Though his father left him with millions of dollars, the Professor explained that to collect it, he will have to be taught how to be a man.

Wesley didn't understand what was happening, but was forced to shoot some flies or he'd be killed by Fox. Doing so, he was surprised that he was able hit the flies with little effort, and saw that they were missing wings. Despite being told of this, Wesley returned back to his dead-end life, living with his unfaithful girlfriend, and worked at a job he hated. Eventually, Wesley became fed up with his life, and called Fox and asked her what to do, who told him to cuss off everyone he worked with.

After doing so, Wesley was brought to the Fraternity to begin his training to become an assassin. He started with target practice using corpses to shoot so that he could use to flying flesh and bone. Then, he moved to a slaughterhouse to get him desensitized to blood and gore, and mixed in was regular beating so that he wouldn't be afraid to get hurt. After constant training, he went on to murder, killing the man who was beating him for weeks, killing with a broken piece of the chair he was tied to.

Feeling exhilarated from his first kill, he went onto murder random strangers and those who had treated him wrong in his life. Notably killing an innocent woman in in the bathtub with a toaster, raping a celebrity, and killing his best friend for his affair with his girlfriend. In addition, he dumped his girlfriend, warning her not to piss him off if she wanted to live. Wesley also murdered the elderly man who mocked him, and attacked a gang who would attack him when returning to his apartment.

After all this was done, Wesley was inducted into the Fraternity and once he got his father's old costume, he took the mantle of The Killer. During this time, Mr. Rictus wanted to become more a dominant role in the rule over the planet, and had Shithead kill the Professor, and ordered the deaths of the others members, including Wesley and Fox. Wesley and Fox succeeded in killing the thugs sent by Mister Rictus, and killed Shithead via cleansing fluid.

Wesley and Fox then went onto kill members of Mister Rictus' revolution, and later ambushed him and his other allies. Out of ammunition, Wesley was forced to use a knife to deflect a bullet from Mister Rictus, which reflected back into the latter's throat. However, Wesley's father reveals himself to be alive, and reveals his origins of his mother being a super villain, but not wanting Wesley to have that lifestyle.

At a cemetery, Wesley's father orders him to kill him and continue his life as an assassin, and Wesley does so tearfully. After killing his father, he tells fox that he is going back to his boring existence, but reveals he was joking. Wesley and Fox returned to the Fraternity, and Wesley becomes it's new leader.

Wesley is brought into the world of assassins by the Fox who informs him that his father had been a member and was murdered by Cross. A confrontation with Cross knocks Wesley unconscious, later awakening to discover information from Sloan. His "panic attacks" are really signs of a superhuman agility and, like in the comic, he is trained to become an assassin using his talent. He is also shown the Loom of Fate which produces the names of assassination targets via errors in the weaving errors of the fabric. Only Sloan can translate the names.

He is a bit more hesitant to kill until he is directed by Sloan to avenge his father by killing Cross. Sloan then tells Fox to kill Wesley after allegedly reading his name in the Loom of Fate. En route via train to the founding place of the Fraternity, Wesley fights Cross who saves Wesley from falling to his death when Fox crashes a car into the train, causing it to derail. Wesley fatally wounds Cross who is revealed to be Wesley's father, confirmed by Fox who tries to kill Wesley. Wesley escapes her and is saved by the bullet-maker Pekwarksy.

Pekwarsky reveals that Sloan had begun making up new targets after discovering his own name in the Loom of Fate. Cross had rebelled and acted out to kill any assassin within range to protect his son and give him the chance to live a violence-free life. However, Wesley becomes determined to kill Sloan and goes to the Fraternity headquarters, killing every assassin within range. When exposed, Sloan relates that he acted to protect his fellow assassins from being killed when their names came up in the Loom of Fate. Fox, being a devout follower of the Loom, kills every other assassin, including herself, aside from Wesley and Sloan.

Wesley precedes to destroy the Loom of Fate but Sloan escapes. Later, he encounters Sloan targeting him and Wesley kills the Fraternity head with a long-range bullet. Similar to the end of the comic, he recounts his various accomplishments and then addresses the viewer to question what they had done lately. 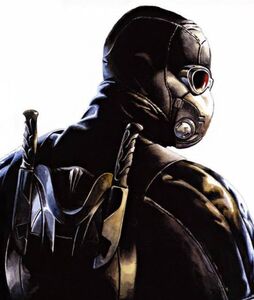 Wesley in the Killer suit. 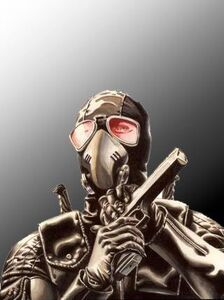 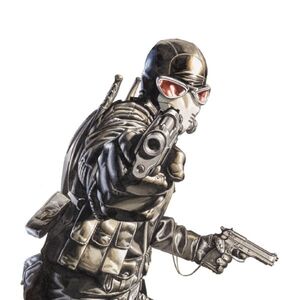 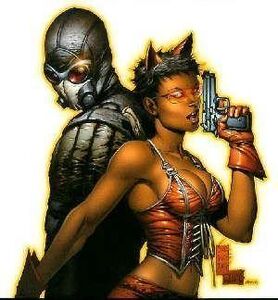 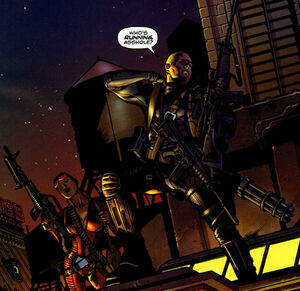 Wesley and Fox armed, preparing to kill Mister Rictus and his allies. 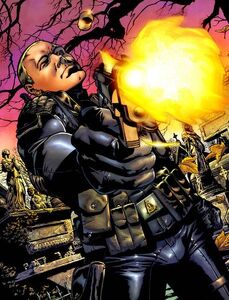 Wesley complies to his father's final wish, to kill him. 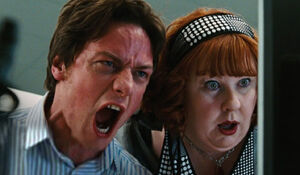 Wesley yells at Janice, having enough her abuse. 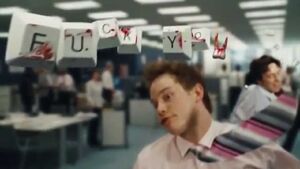 Wesley smacks Barry with his keyboard.

Wesley during the assault on the Fraternity. 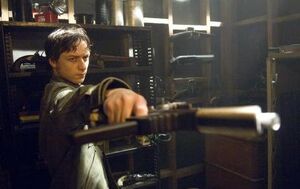 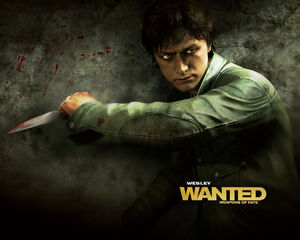 Wesley in Wanted: Weapons of Fate. 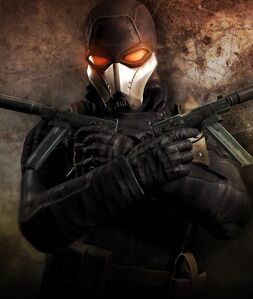 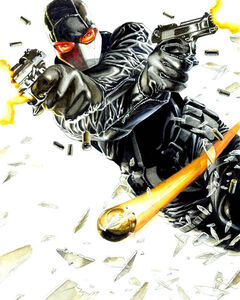 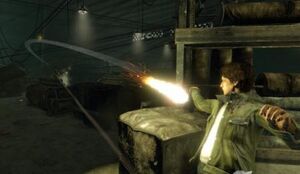 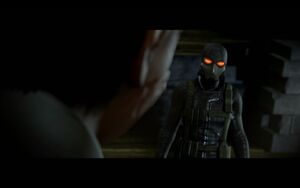 Wesley prepares to kill the Immortal with the engraved bullet.