Whiplash is a villain from Iron Man & one of Iron Man's most notorious enemies. He is a villain who is a weapons expert who brandishes a specially designed whip for a weapon.

Electrical engineer Anton Vanko lived with his family in Volstok, Russia, home of a resistance movement seeking to secede from the Russian Federation. High-ranking officials within the Russian government contracted with the secretive international consortium known as the Iron Axis to covertly kill the separatists. Using biological material obtained from Anthony Stark without his knowledge, the Iron Axis had earlier created a series of imperfect Stark clones which they used to infiltrate Stark Industries’ corporate headquarters on Long Island, New York. Breaching Stark’s private laboratory over a span of years, the clones stole Iron Man armor technology and then hacked into Stark’s inventory database to cover their thefts. Iron Axis sent one of its Stark clones, outfitted in Iron Man Mark 16 body armor, to attack Volstok. The clone destroyed the village and massacred more than 3000 of its inhabitants, including Vanko’s father, separatist leader Igor Vanko. Enraged, Vanko shot the attacking clone out of the sky with a makeshift pulse rifle, causing the chest plate of the Iron Man armor to fall to the ground nearby. Vanko reached for the chest plate, but severely burned four of his fingers on an exposed, energized wire. Iron Axis clandestinely retrieved the clone’s body.

However, a North Atlantic Treaty Organization (NATO) satellite surveying the region at the time captured grainy images of someone attacking Volstok equipped with Iron Man body armor and a Russian tracking station scanned the clone as it crossed their border—picking up a faint bio-signature that matched Stark’s breathing, heart rate and electroencephalography. As a result, Stark was placed on trial for crimes against humanity at the International Criminal Court (ICC) in The Hague, Netherlands. Meanwhile, Vanko remained isolated in the abandoned ruins of Volstok, where he retro-engineered the Iron Man Mark 16 body armor obtained during the attack to construct his own armaments. As Whiplash, he traveled to the ICC Detention Center, where he planned to kill the imprisoned Stark with the very weapons that were used to kill his friends and family. However, Stark escaped Whiplash’s assault using a suit of makeshift body armor he assembled in the detention center. When Stark tracked the Iron Axis to a Japanese island, Vanko followed him and reluctantly joined forces with Stark to defeat the Axis’ Iron Man clones. Even after Stark rebuilt Volstok, Vanko still blamed him for creating the technology that killed his father, but set his sights on exacting vengeance upon the Russian government. 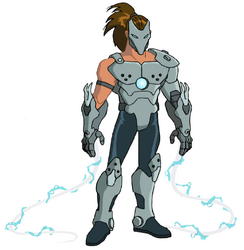 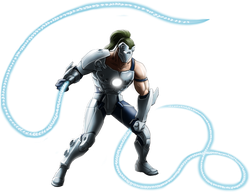 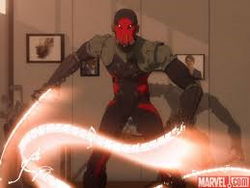 Retrieved from "https://villains.fandom.com/wiki/Whiplash_(Anton_Vanko)?oldid=3539418"
Community content is available under CC-BY-SA unless otherwise noted.