NOTE: This article is about the incarnation of Whiplash from the Marvel Cinematic film series. The mainstream version can be found here: Whiplash (Marvel).

Get revenge upon the Stark family by defeating and killing Iron Man/Tony Stark.

Prove to the world that by his point of view the Stark family are the only bunch of liars and crooks for Howard Stark rejecting Anton (both failed).

Ivan Vanko (in Russian: Иван Ванко), also known as Whiplash, is the main antagonist of the 2010 Marvel film Iron Man 2. He was a disgruntled and merciless Russian physicist and the son of Howard Stark's disgraced partner Anton Vanko, becoming obsessed with taking revenge on his son Tony.

He was portrayed by Mickey Rourke, who also played Darrius Sayle in Alex Rider: Operation Stormbreaker and Hyperion in Immortals.

Ivan was the son of Anton Vanko, a former Russian physicist who collaborated with Howard Stark, the father of Tony Stark. In fact, Anton originally collaborated with Howard to design the Arc Reactor which occupied the chest of Tony. While Howard desired to use the reactor for good, Anton was more interested in selling the technology in order to become rich.

Subsequently, Howard had Anton deported back to Russia. Upon Anton's return to Russia, the Soviets punished him for a failed collaboration with the United States and sent him into exile in northern Siberia, where he had to raise Ivan alone. When Anton died, Ivan vowed revenge on the Stark family.

Ivan designed an ARC Reactor himself, thanks to the notes that his father left him, and connected it to two electrified whips. At some point, Ivan was arrested at some point for selling nuclear secrets to Pakistan.

Disguised up as a race track worker after he gained a fake ID from a Ten Rings Agent, Ivan attacked Tony at the Monaco Historic Grand Prix, but was defeated by the superhero armor. As he was taken away by the Monaco Police, Ivan told Iron Man that he "lost" the fight, which the Monaco Police then corrected him. Following his defeat, Ivan was arrested and sent to jail, but was immediately freed by Justin Hammer, (an industrial competitor of Stark Industries), who wanted Ivan to work for him in order to manufacture armor that was comparable to Tony's and to equip to the US Military, which Stark refused to ally. Hammer offered a parrot to Ivan in order to convince him to work for him. But instead of making armor that was requested by Hammer, Ivan instead made many humanoid drones (known as Hammer Drones), which annoyed Hammer, who threatened to eliminate him.

Finally, while keeping Ivan under surveillance at the Hammer facility, Hammer presented the drones and a Mark III Armor that was piloted by Lieutenant Colonel James Rhodes at the "Stark Expo", the latter that was previously stolen from Stark on his birthday. But Ivan killed his guards, broke out of his room, took the remote control of the drones and the Mk III, and programmed them to kill Stark, who arrived shortly before. Stark and Rhodes then fought and ended their race in a river in a park under a giant dome, where Rhodes regained control of the equipment after Agent Natasha Romanoff (who penetrated the premises of Hammer Industries in order to disable the remote controls). Unfortunately, the Vanko Drones arrived under the dome and surrounded Stark and Rhodes, which, fortunately, easily managed to defeat them. But suddenly came Ivan, in a new armor that he had designed and defied Stark. Rhodes tried to detonate him with a homing missile that Hammer gave him, but the missile did not affect the armor.

Ivan gained the upper hand over them and caught them with two electric whips. But Stark suddenly had an idea, and recalled the explosion that was caused by the repulsor that Rhodes on the anniversary of Stark. Stark ordered Rhodes to fire his repulsor along with him, and through that, they managed to defeat Ivan, who was then heavily injured but then said to Stark: "You lose." Stark and Rhodes soon discovered that the drones that were scattered around them were programmed to self-destruct. They still managed to escape in time and Ivan died in the explosion, which indicated that Vanko was the one who really lost the fight.

Despite his lowly upbringing and lack of resources, Ivan Vanko was a mechanical and technological genius. Ivan was extremely intelligent and was able to create his own Arc Reactor by using his father's old blueprints and whatever resources he could find. But instead of using his intellect for better purposes, Ivan solely focused on a vendetta with Tony Stark after his father caused his family to be shipped back to Russia. Ivan was shown to be very arrogant, and mocked and lied to Justin Hammer, a powerful businessman after he had just broken him out from life in prison. Ivan was an alcoholic which was a trait that he picked up from his father. 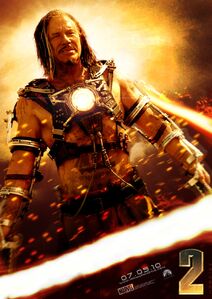 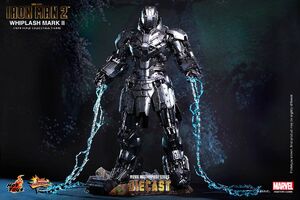 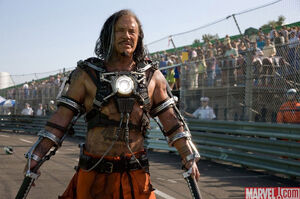 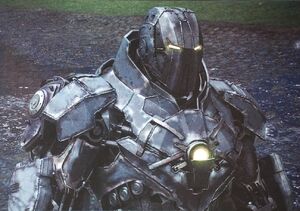 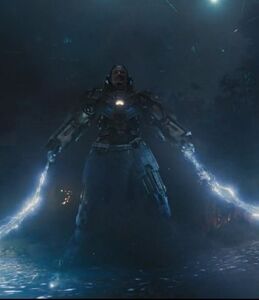 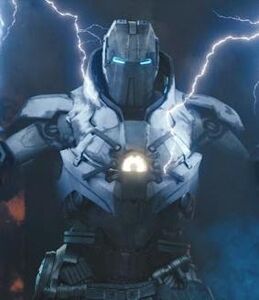 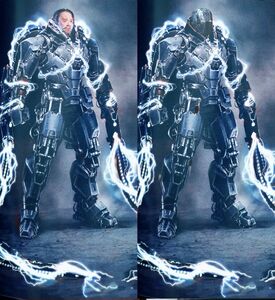 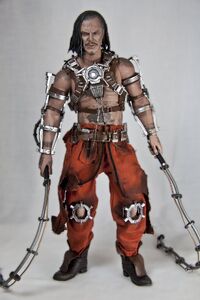 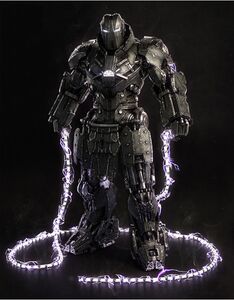 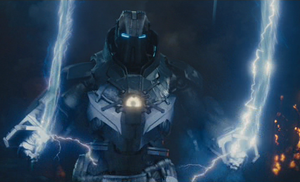 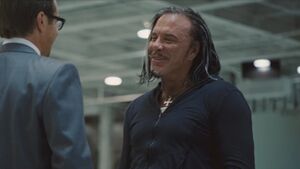 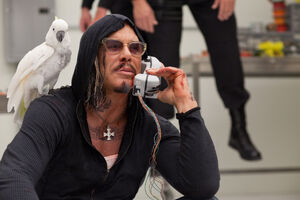 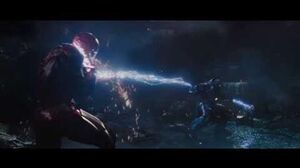 Retrieved from "https://villains.fandom.com/wiki/Whiplash_(Marvel_Cinematic_Universe)?oldid=4131871"
Community content is available under CC-BY-SA unless otherwise noted.