Scaring and observing the player.

Stay with the Player forever.

White Face (sometimes typed as Whiteface, WhiteFace, or simply whiteface) is the main antagonist of the game imscared: a Pixelated Nightmare (which can be found and downloaded for free on GameJolt, as well as having a Steam release). Its gender is unknown, and the entity is simply referred to as "it" in the game's notorious, fourth-wall-breaking text files.

White Face is a "paranoia fuel" character, meaning that it keeps the player constantly on tenterhooks when waiting for it to appear. Its appearance is heralded by a distinctive, hollow-sounding static noise that follows it everywhere it goes, as well as its laugh, which often startles those playing the game.

It is also a part of a game that is notorious for creating text files on the player's computer (in a separate folder, politely enough), and these files give the player clues to the thing's name, as well as its behavior and the nature of the entity itself, hinting that it might be a creature comprised of data in your computer that watches you, also suggesting that there are other creatures like this (a somewhat terrifying notion, considering the overall unfriendliness of White Face).

True to its name, White Face is an entity that appears as, well, a white face, lacking a body (staying perhaps a bit too true to its name, as it is just the face and nothing else, with the exception of a neck and occasionally a floating hand).

White Face appears to be a lonely creature, to a psychopathic extent; the true ending of imscared has White Face urging the player character to commit suicide by hanging themselves, possibly so that it can look at their face forever, or, in the case that White Face is a ghost, so that the player character can join it in its room, which is simply an empty, black space, which White Face says is "cold" and "lonely", but it urges you to hang yourself so that it can "look at you".

One of the game's endings requires that the player goes into the text files the game has created and delete the file that functions as White Face's heart, effectively "killing" the creature. White Face also breaks the fourth wall in that it crashes the game every time it kills you (which happens whenever it touches you).

At some points in time, the wording of the dialogue in-game renders it unclear whether White Face is addressing the player character or the player directly, further smashing the fourth wall to bits.

The White Face has a gun, though it is rarely seen using it. The entity's abilities shown so far include:

When the Specimen gets close to the player, it will deal damage equivalent to a sixth of the player's health bar. The specimen can also go through anything in-game. Sometimes the rooms could start looping, blocking the player from going up, which makes the chase longer than it should have been. But the Specimen would, in the end, let the player proceed further in-game.

The game system would ask the player to type in the word close or anything else. Anything typed in would make the game shut down. But if "open" is typed, the corpse's guts would get ripped out and another chase by the Specimen would start. In this chase, everything is totally red. The Specimen becomes larger and starts rapidly chasing the player.

While in this chase, the Specimen is blocked from going through walls. The player's health bar is at a minimal. If the Specimen damages the player once, the game closes on its own. Or the player could escape and their health would start regenerating. 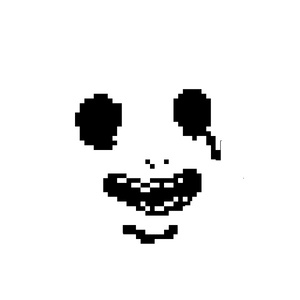 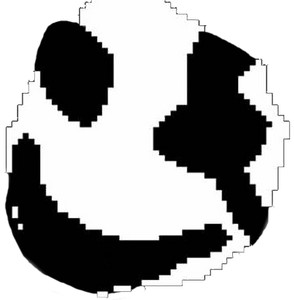 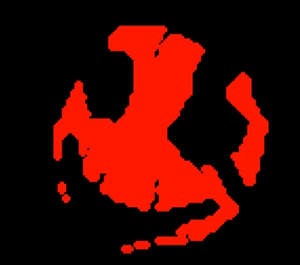 At one point in the game, a red version of the entity will appear, perhaps when it is angry. This somewhat counteracts the moniker "White Face", considering how it is red. 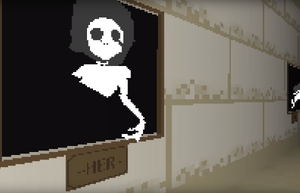 One of the many White Face forms known as "HER". 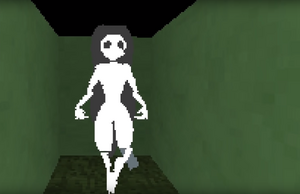 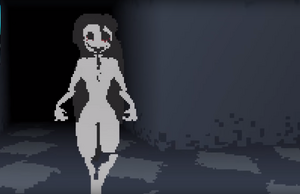 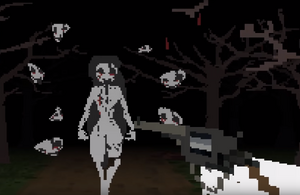 White Face as the "final boss". 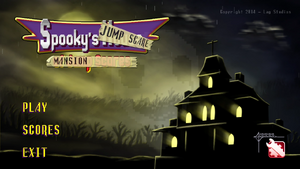 White Face's flashing face on the main menu screen of Spooky's Jump Scare Mansion.
Add a photo to this gallery

Retrieved from "https://villains.fandom.com/wiki/White_Face?oldid=4287197"
Community content is available under CC-BY-SA unless otherwise noted.