Return the practice of cannibalism to the organization (Mortimer).

The White Glove Society is one of the three families running the New Vegas Strip under Mr. House in Fallout: New Vegas, along with Benny's Chairmen and the Omertas. Like the other two families, they used to be a wastelander tribe before Mr. House came to power and made them become more civilized. The White Gloves are the most sophisticated and uptight of the three families, and their casino and hotel, the Ultra-Luxe, is very fancy. They all wear formal attire and, in order to give themselves a more charismatically mysterious aura, masks.

However, like the Omertas, the White Glove Society has a dark secret: the original tribe that they came from consisted of cannibals. They do their best to hide this from public knowledge, and if asked about it, the members will insist that this is no longer the case.

In truth, some of the members are still cannibals, and they have a plot to return the entire organization to cannibalism. This conspiracy is headed by Mortimer, the front desk manager. Mortimer considers human flesh to be an "exotic meat", and thinks that the consumption of it is what makes the group unique. He and the other unnamed cannibals within the society have kidnapped Ted Gunderson, son of the wealthy brahmin farmer Heck Gunderson, and plan to serve him at an upcoming banquet, revealing to the rest of the people what they have just eaten only after they've done so. Since they would all be cannibals at that point, none of them could punish each other for it and they would be forced to embrace it. The cannibals have already murdered an inspector who was going to find this out when the player arrives, and another assassin kills an informant who helps reveal Mortimer's plot. The only way to save this person is to not interact with him at all.

The default course of action involves the player rescuing Ted and stopping Mortimer, possibly killing him along the way. If Mortimer is not killed, he will flee the scene once his plan is revealed and disappear from the game. In the evil path, the player helps kill and cook Ted, framing his father Heck for his murder in the process, and Mortimer's plan succeeds. Mortimer is not a complete monster, however, and he is willing to led Ted go if the player gives him a substitute victim. The substitute can either be one of the player's own companions (and using them as the victim is not only evil but stupid), or more reasonably the conspiracy's original target who managed to escape, which forced them to hastily kidnap Ted in the first place. 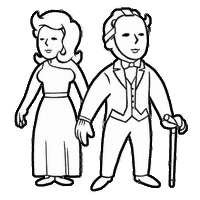 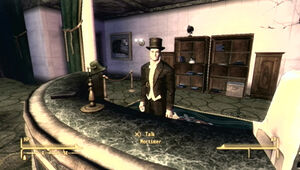