Seek revenge on Niko for the death of her brother, Black Wolf (failed).

White Wolf is the main antagonist of the 2012 computer-animated film Little Brother, Big Trouble: A Christmas Adventure. She is the villainous leader of the Eagles and Black Wolf's sister, and after his death in The Flight Before Christmas, White Wolf has made it her one mission to seek revenge on Niko for her brother's demise.

She was voiced by Nina Dobrev.

Although it is unknown how White Wolf came to Eagles Domain in the first place, White Wolf has charmed the Eagles into following her orders. Using this to her advantage, she sent her eagle minions to capture Niko, but they captured Niko's new stepbrother, Jonni, by mistake. Upon hearing that Jonni was Niko's brother, White Wolf had Jonni imprisoned until the Eagles managed to capture Niko when the latter tried to rescue Jonni. She revealed herself to Niko as Black Wolf's sister and intended to kill Jonni in front of Niko as revenge for her brother's death. But Tobias, the former leader of the Flying Forces, and Julius rescued both Niko and Jonni and made a narrow escape, despite White Wolf's swift attempt to cut them off.

Afterward, White Wolf rallied the Eagles to destroy the Flying Forces, as, without them, Niko would have nowhere else to hide from her wrath. She arrived at Santa's Fell and trapped the Flying Forces within the Toy Factory in order to lure Niko there. A chase ensued, as Niko and Jonni were soon pursued by White Wolf through the factory. As White Wolf was about to kill Niko (after the young reindeer ended up accidentally being wrapped up by a gift wrapping machine), Jonni lured her away from Niko and managed to capture White Wolf with a crane mech, while Julius and Wilma freed Niko. Niko and Jonni then sent White Wolf through the gift wrapping machine and had her tangled in gift wrapping. Although she swore vengeance, Wilma had White Wolf gift-wrapped two more times through the machine until she was no longer a threat to them.

White Wolf was last seen still tangled in gift wrapping, having been sent back to Eagles Domain by Santa Claus and set as a Christmas gift for the Eagles.

White Wolf is the femme fatale of a wolf, and though she talks and moves smoothly, one should never trust her. Thanks to her intelligence, she is able to manipulate anyone over on her side serving her dark purposes, having gained the help of the eagles of Eagles Domain who can't resist her charm.

She has a seething hatred towards Niko, blaming him for the death of her brother, Black Wolf, and has made it her sole mission to seek revenge on the young reindeer at any cost. In her quest for vengeance, White Wolf was willing to destroy or kill anyone who was close to Niko just to get to him, such as Niko's father, Prancer, and his foster brother, Jonni.

Like Black Wolf, White Wolf is extremely agile, and she uses this trait to leap across large gaps and high ledges in her pursuit of flying reindeer such as Niko. 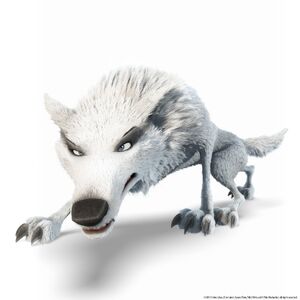 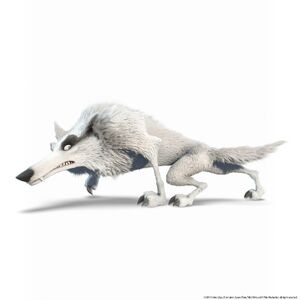 Side pose of White Wolf 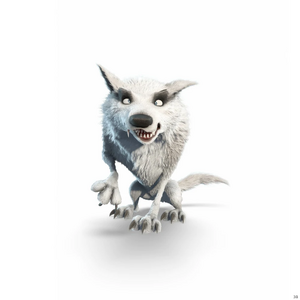 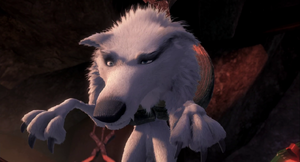 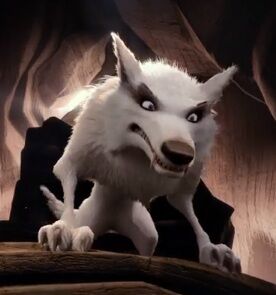 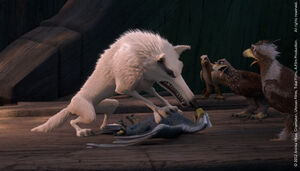 White Wolf angered at one of the Eagles 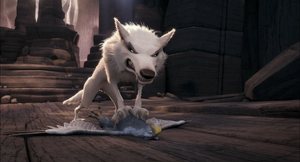 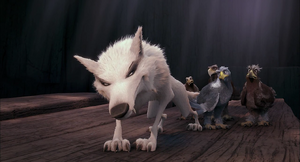 White Wolf smiling at the Eagles 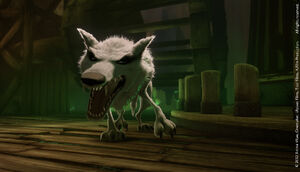 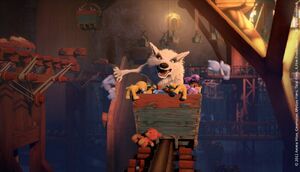 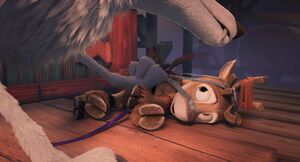 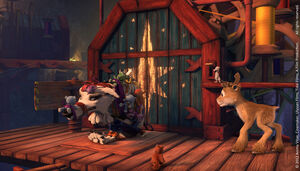 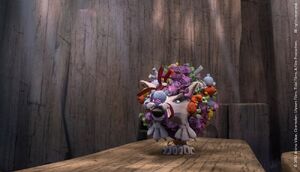