Get revenge on the citizens of the Mushroom Kingdom for not showing gratitude for the Whomp's actions.

The Whomp King is a character from the Mario series of video games. He is the tyrannical king of the Whomps. He first appeared in Super Mario 64 as the boss of Whomp's Fortress. The Whomp King resembles his species, but is bigger and has a crown, making him a bit more fearsome.

The Whomp King guards a Power Star given to him by Bowser, to make sure that Mario does not rescue the princess. In this game, he tries to crush Mario. Mario has to ground pound on him three times until he gives up the Power Star.

The Whomp King returns in Super Mario Galaxy 2 as the boss of Throwback Galaxy (itself a recreation of Whomp's Fortress). He is bigger in this game, but is fought in the same way as in Super Mario 64. He also has new abilities. He can now create shockwaves when he hits the ground, and can also summon Whimps. He is once again beaten by Mario, who receives a Power Star.

Notably, the Whomp King's arena is now on the underside of the Whomp's Fortress, with his original arena now occupied by a lone Whomp.

The Whomp King can be found lying in the middle of the Creepy Cavern board, blocking the left or right path. Landing on an action panel directly in front of him will make him get up and move to the other path. If interacted with automatically, he refuses to move unless the player gives him one of their items.

The Whomp King appears as an assistant, only obtainable through tier 9 and higher battle boxes earned from Versus Mode. His Stage Mode skill increases the score by thirty (a hundred and fifty at level five) percent when viruses are defeated with a rainbow capsule. His Versus Mode skill gives a twenty (forty at level five) percent chance to decrease the number of viruses received when the opponent attacks by one.

The Whomp King is shown to be an irritable figure who believes the citizens of the Mushroom Kingdom to be ungrateful for the actions of the Whomps. To this end, he desires to crush Mario for fun and get revenge. Upon defeat, however, he is shown to be rather graceful, as he humbly gives up his Power Star to Mario for defeating him.

Humorously, Super Mario Galaxy 2 implies that the Whomp King is merely reading off a script, as he not only recites the same speech he delivered from Super Mario 64, but battling him again after losing a life during his battle reveals that he is tired of it. If he is defeated, he speaks his defeat script and says "Dang it" afterwards before vanishing. 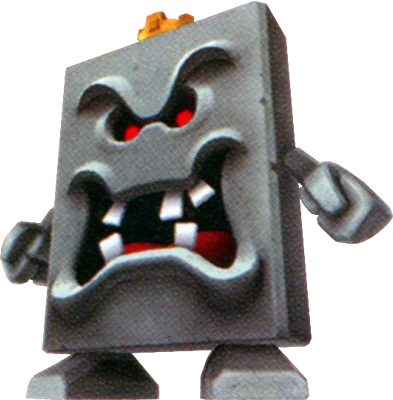 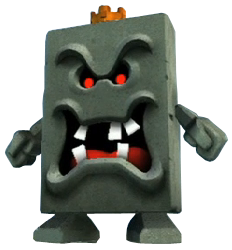 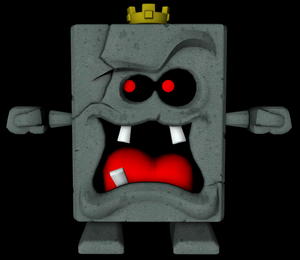 The Whomp King's face when defeated in Super Mario Galaxy 2. It can't be seen without hacking due to the fixed camera angle in his defeat cutscene.