The "Great Harlot" is often said to arrive on Earth riding a fabulous, yet terrible scarlet monster with multiple 7 heads, carrying a golden cup full of filth and deceit, becoming drunk on the blood of martyrs and saints. Although frightening and powerful, the Whore of Bablyon is destined to be betrayed and slain by the Beast as part of the Apocalypse. 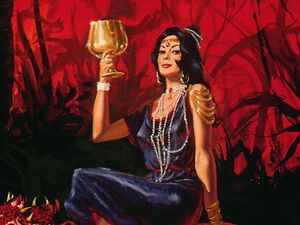 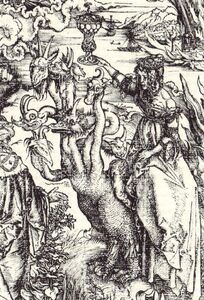 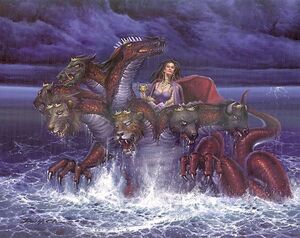 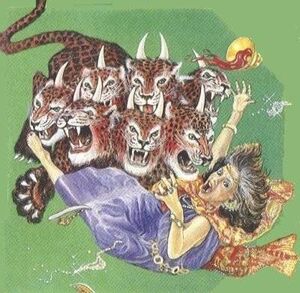 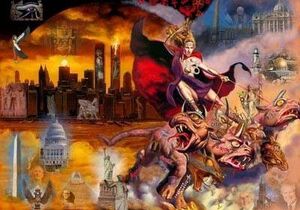 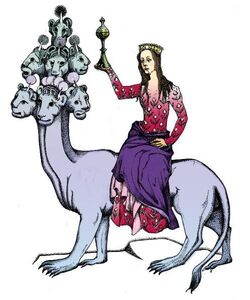 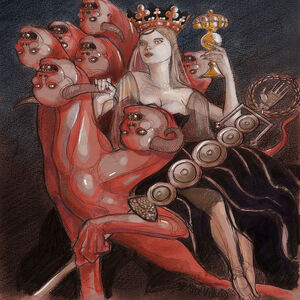 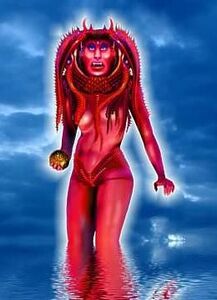 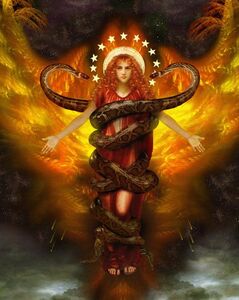 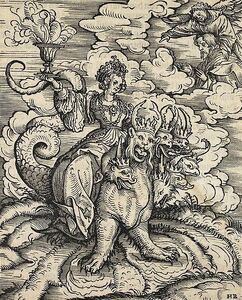