Have G-virus and attack Hardvardville Airport.

The WilPharma Corporation was a pharmaceutical company responsible for creating a vaccine for the t-Virus; an inoculation designed as a way to prevent further outbreaks of the virus. It publicly appeared a benevolent and innocent-looking organization but, similar to the Umbrella Corporation, was secretly conducting illegal experiments. It made several controversial decisions; most of all establishing a new research facility in Harvardville.

WilPharma's downfall began when the human rights organization; Terra Save, found photos of its latest human test subjects; the result of their clinical tests on humans conducted in India. All of the victims had been exposed to the t-Virus, and so demanded that WilPharma immediately release the results of their tests. As a result of the scathing accusations hurled at them by TerraSave; the company's stock fell sharply and its and public relations degraded to the point it had protests outside it's Harvardville facility. WilPharma's Harvardville Facility.

Added by Talon2910As it turns, one of WilPharma's employees; Head Researcher Frederic Downing, had unleashed the virus on different areas around the world as a twisted sales pitch to General Miguel Grandé, the head of the Republic of Bajirib and a sponsor of terrorism. One such incident, where Downing himself acted as the black market broker who supplied the virus, occurring in India, with the photos of WilPharma's "human testing" actually being of their using the t-Vaccine, though this information never made it to the public.

As one last pitch to Grande; Downing also unleashed the t-Virus on the Hardvardville Airport; when the United States Marine Corps arrived and WilPharma shipped the t-vaccine, Downing planted bombs in the trucks carrying the vaccine, destroying all of WilPharma's supply. Downing then returned to WilPharma's facility to collect his research and disappear, while under the pretense of overseeing the production of more of the antivirus. Downing also planted a bomb at WilPharma, knowing it would be blamed on Curtis Miller, in order to fake his death and make a clean escape.

The plan ultimately came undone when the combined efforts of Leon Scott Kennedy, Claire Redfield, and Angela Miller exposed Downing's scheme (when Downing attempted to escape and sell different strains of the t-and G-viruses to Grandé).

As a result WilPharma went bankrupt, and Tricell, Inc. Offered to purchase WilPharma. TriCell agents then went to the destroyed facility and collected samples of the remains of Curtis Miller. 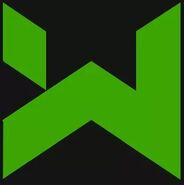 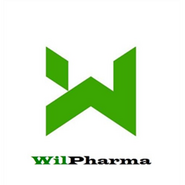 The ID card for WilPharma staff.
Add a photo to this gallery

Retrieved from "https://villains.fandom.com/wiki/WilPharma_Corporation?oldid=4191142"
Community content is available under CC-BY-SA unless otherwise noted.