To spread chaos throughout the Empire, Please the Prime Minister

Corrupt Enforcers
Wild Hunt was a group of Teigu users formed and led by the Son of Prime Minister Honest, Syura, operating as the Secret Police of the Empire. They serve as major antagonists in Akame Ga Kill!.

Wild Hunt was set up for the sake of aiding and compensating for the losses of the special Police Squad Jägers well as taking out Night Raid. However, Wild Hunt were causing and relishing in chaos, abusing their power and position to terrorize the entire Empire with their vile acts and making themselves the prime enemies of both Night Raid and Jägers with the latter considering their actions horrible despite some of their members also being no better.

After having the deceased Run who did an investigation and found out that Syura was the person who unleashed the Danger Beast of Dr. Stylish, with Esdeath handing the report to Honest with a request of having Wild Hunt to disband, Honest officially disband the team much to Syura's displeasure. One should note that Honest only did this for pragmatic reasons.

Fans and casuals alike regard the group's members as being some of the most sadistic people in all of anime. They all, even the few who do have redeeming traits, pride themselves in causing pain towards others. They would have continued raping, killing, and otherwise maiming others if not for Honest disbanding them.

Over time, Wild Hunt's acts of terror disguised as police investigations ultimately led them to become the most wanted criminals in the Empire to the point that the Jägers (who were supposed to be their allies) were after them, and even Esdeath criticizing and loathing their actions wanting them taken out.

Wild Hunt were sent to investigate the theater of Umatora as info reached the Police that their play was supposed to be criticizing the Empire and the Minister. When the performers wanted to resist, Syura commented how they know what happens if they resist as he is the son of the Prime Minister. The head of the performers wanted to bribe them in order to escape a cruel fate, but it only added fuel to the fire as Syura declared them guilty and had to punish the criminals leading to the massacre and mass rape of the Theater Group at the hands of Wild Hunt.

After Wild Hunt took out a Master of the Imperial Fist, his disciples wanted to avenge his Death, however their efforts were in vain as Syura solo'd all of them except the sole female member with who they had plans of stripping her naked and walking her around like a dog in public. This was the first time the Jägers became involved as Wave and Run saw the aftermath of the beatdown. The Imperial Fist Members being all stripped and hung upside down in the middle of the streets while Wild Hunt were enjoying themselves eating stolen fruit.This was also the time when it was revealed what drove the group to do these things: Boredom.

Case 3 - The Line was Crossed

News spread over the Capital how the beautiful widow visits the grave of her dead Husband with her little daughter which happened to be the wife and child of Bols. Syura immediately designated Bols Wife as his new Toy while Champ was targetting the daughter leading to the two being raped on Bols Grave. This action was the beginning of the end for Wild Hunt as Wave refused to let them do as they please, and the trigger was pulled shortly later when Syura was trying to rape Kurome, taking her in front of Waves eyes.

After Syura got beat by Wave which he saw as major humiliation to him and his father he schemed to kill Wave and make Kurome his toy with his plan to frame the Jägers as traitors due to Esdeath's meeting with Tatsumi. Using his Teigu he teleported Tatsumi and Lubbock into the Palace for his Checkmate, the two being surrounded by Wild Hunt and two Generals, they had zero chance for escape and were imprisoned. While Tatsumi was kept in a separate cell, Dorothea and Suzuka were attempting to force themselves onto Tatsumi until Esdeath intervened. At the same time, Lubbock was taken to the Torture Chamber and became victim of Syuras torture but resisted until the end even after being beat down, psychologically tormented and having his testicle crushed. The evening of that, Honest received a "gift" from Esdeath, the report that Syura was responsible for releasing Dr. Stylish's Danger Beasts onto the Empire.Due to the danger Honest saw of this reaching Budou, Wild Hunt was disbanded under suggestion from Esdeath which led to Syura snapping and wanting to take out his anger on Lubbock. However, Syura was tricked by him, leading to his presumed death. 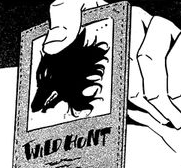 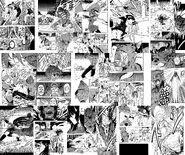 Retrieved from "https://villains.fandom.com/wiki/Wild_Hunt_(Akame_Ga_Kill!)?oldid=3539364"
Community content is available under CC-BY-SA unless otherwise noted.