William Lee is the main antagonist of the Criminal Minds episode "Aftermath". He is a serial rapist, stalker, and murderer who preys on teenage girls and young women.

He was portrayed by Jason London.

A chronic underachiever, William Lee lives with his mother and works a menial job as a telemarketer for a sperm bank. He becomes obsessed with the idea of turning his life around by having a child, but is too socially inept and immature to date women his own age, so he begins stalking and raping teenage girls in the hopes of getting them pregnant. He succeeds with one of his victims, who eventually commits suicide. After her death, Lee starts attacking older women who are trying to conceive via artificial insemination at the sperm bank he represents.

Lee becomes fixated on one of the sperm bank customers, Alicia Jordan, and leaves a threatening message on her answering machine. He then breaks into her house and rapes her at gunpoint. He then rapes and (unintentionally) kills Lisa Blake, which draws the attention of the FBI's Behavioral Analysis Unit (BAU).

While developing a psychological profile of the killer, BAU agent Elle Greenaway theorizes that he is a telemarketer for the sperm bank from his choice of victims and the ease with which he finds their phone numbers. She goes undercover at the bank's call center as an employee, complete with a nearby "cover house", and waits for the killer to start stalking her. Sure enough, Lee begins creeping around the house in his car; Greenaway runs his license plate through DMV records and discovers his identity. When Lee tries to break in, Greenaway surprises him by drawing her service weapon and arresting him.

While interrogating Lee, Supervisory Agents Jason Gideon and Aaron Hotchner play "good cop" in order to build a rapport with him, feeding Lee's ego by saying that he is the best thing that ever happened to his victims. Just as they are getting somewhere with him, however, his lawyer arrives and stops the interrogation on the grounds that Greenaway arrested him without evidence.

Determined to catch Lee in the act, Greenaway follows him to his mother's house and confronts him. Lee pleads innocence at first, but then begins to throw Greenaway off balance by telling her how attractive she is, and that she should find a man to take care of her. He then thanks her for his freedom, saying that without her unlawful arrest he would have been locked up. Finally, he taunts her by whispering in her ear that she has "made a lot of women very happy". Enraged, Greenaway shoots him dead. The investigation into his death occurs in the following episode, which ends in Greenaway quitting the FBI before Hotchner can fire her. 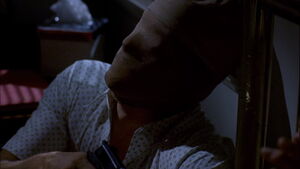 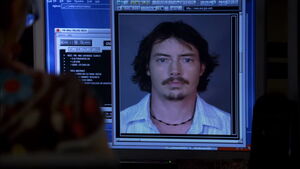