Posting his killings on social media

Become famous through a series of spree killings.

William Pratt, also known as The Mirror Man or The Selfie Killer, is a teenage serial killer and the main antagonist of the Criminal Minds episode, Hashtag (Season 10, Episode 7).

He was portrayed by Ian Nelson.

A year before the events of the episode, Pratt lost his parents in car accident and was sent to live with his aunt. This is implied to have scarred him forever and led to his villainous behavior.

Sometime later, he helped in the creation of the Creepypasta creature "The Mirror Man" alongside his best friend Connor Holt. The Mirror Man became a famous Creepypasta but William wasn't satisfied. He became desperate to gain fame and wanted to please Connor, who he saw as a mentor figure. Thus, he turned to murder to make the Mirror Man real.

Pratt's first victim was rising social media teen Tara Harris; he bashed her head into a mirror and slit her throat with a shard. He then he posed a selfie of Tara and posted it online with the hashtag #FearMe. The media later named him "The Selfie Killer."

After killing Tara, he sets his sights her friend Alexander Chase, who worked with her in videos. Pratt shoots him in the back with a nail gun and later executes him. He then posts another selfie under the name Mirror Man, not liking his his other name The Selfie Killer. Hours later, William watches a video of his friend Daniel Osbourne making fun of the Creepypasta, which angers him. He then goes to Daniel's house and murders him, further cementing his fearful place in the media.

William is identified by the BAU during his work at a local mall. When the team assembles to arrest him, he grabs his nail gun and takes shopper Kimmy hostage. The BAU attempts to talk to him and make him surrender, but a news van pulls into the area to film the standoff. Knowing this could be his final attempt at fame, Pratt shoots Kimmy in the neck with the nail gun. Morgan then shoots him in the back, heavily wounding him.

Both Kimmy and Pratt survive. Pratt is shown in a hospital with Connor, and he states how because he is a minor, he should be out of juvenile prison soon. With a shocked Connor watching, Pratt takes one last selfie, saying that "No one will ever believe I got shot."

He was mentally institutionalized soon after.

William Pratt is an unlikely but remorseless killer who will do anything for Internet fame. It is implied that his parents' death in a car accident affected his mental stability and thus he attempts to find solace in Creepypasta and other Internet communities. The BAU's UnSub profile states that his psyche is fracturing over the course of the episode, causing him to kill people who insult him. He is also a narcissistic sadist, committing 3 murders over an Internet legend he created and posting disturbing selfies of his crimes.

Pratt is shown to be technologically proficient, being able to digitally manipulate images and post them online without being caught. 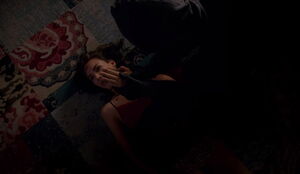 Pratt taking a selfie of the dead Tara. 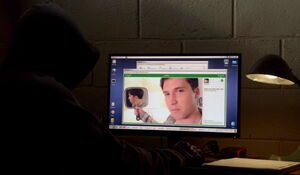 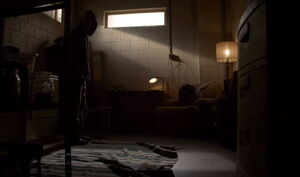 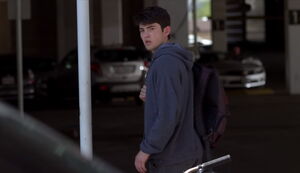 Pratt about to run from the FBI. 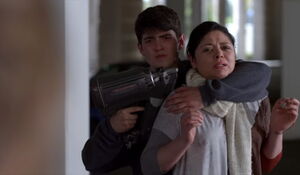