Villains Wiki
Register
Don't have an account?
Sign In
Advertisement
in: Greedy, Businessmen, Master of Hero,
and 29 more

Repossess as many houses as possible, including the Banks family's home (failed).

He was both portrayed and voiced by Colin Firth, who also played Lord Henry Wotton in The Picture of Dorian Gray, Geoffrey Thwaites in St. Tritians and Bill Haydon in Tinker Tailor Soldier Spy.

While he acts like a polite and charming gentleman when people first see him, Wilkins is actually a ruthless and corrupt corporate executive. This is represented in the Royal Dalton Bowl, where his counterpart is a wolf who pretends to be as docile as a lamb, signifying how Wilkins is a metaphorical "wolf in sheep's clothing".

During the Great Depression, Wilkins was first seen in his office when Michael Banks and his sister Jane arrived to discuss with him about locating their late father's shares in the bank to pay off a loan, as Michael is falling behind on his loan payments ever since his wife Kate died a year ago. Feigning sympathy, Wilkins informs Michael that he can't find George's file and that the Banks family has until Friday to pay off the entire loan or they will have to move out from the property. As Jane and Michael leave, it turns out that Wilkins has gotten hold of George's file and burns it as he intends to repossess the Banks house by all means necessary.

As Michael and his children think of several ways to pay off the loan (with the help from their nanny Mary Poppins), the children were about to deliver Michael's briefcase to the bank, only to eavesdrop on Wilkins congratulating his lawyers for repossessing 19 houses within the week and that he will repossess the Banks house regardless of any evidence of their ownership. Realizing Wilkins' true nature, the children tried to warn Michael about Wilkins' intentions, but Michael is unable to speak out for them as Wilkins dismisses the claims.

Just as the Banks family is about to move out on Friday, Michael spotted on his old kite a drawing that happens to be part of a certificate that proves their ownership. Despite Mary and Jack's attempts to help the Banks family deliver the certificate to the bank, they are missing the pieces with the signatures right before the clock strikes twelve at midnight. A triumphant Wilkins is about to declare victory, but it wasn't until the arrival of his uncle Mr. Dawes Jr., who happily informs Michael that George made some good investments that will allow the Banks family to keep their house. Mr. Dawes Jr. also confessed that he caught wind of Wilkins's true intentions of driving more people out of their homes, so he fires Wilkins as punishment for his corrupt practices, much to Wilkins' distraught. He is then escorted away from the bank under Mr. Dawes Jr.'s orders.

Wilkins is last seen walking on the carnival seeing several people floating away into the air while holding several small balloons. He tries to join them because he thinks he would not lose anything trying, but ends up grabbing the wrong balloon and it falls flat into the ground, much to his dismay. This is the last time Wilkins is seen in the movie, so it could be suggested that he left London in disgrace or his uncle got him arrested afterwards for his actions. To the fullest, Wilkins at least lost his position in the bank and is now jobless and penniless as the people he drove to poverty. 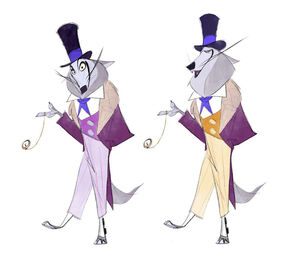 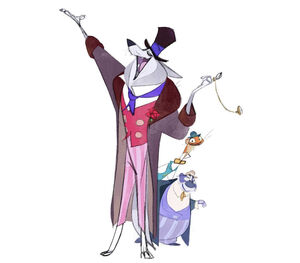 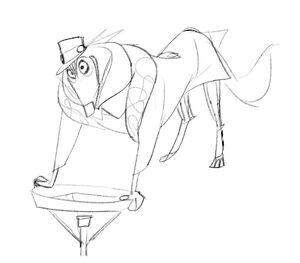 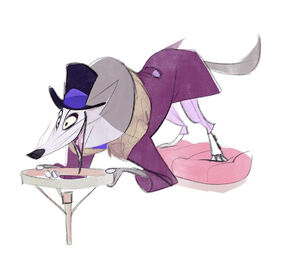 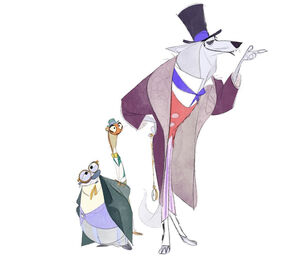 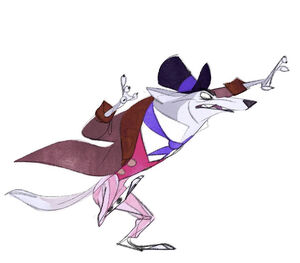 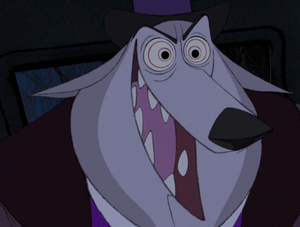