Villains Wiki
Register
Don't have an account?
Sign In
Advertisement
in: In Love, DC Villains, TV Show Villains,
and 26 more

Willie Watt is a high school nerd and the main antagonist in the Batman Beyond episodes "Golem" and "Revenant". He was the victim of regular bullying from school jocks and even his brutish father. He had a crush on a popular girl named Blade though she belittled him as much as anyone else.

He was voiced by Scott McAfee.

Willie Watt had a longstanding infatuation with his classmate Blade, who didn't return his affection and couldn't even be bothered to remember his name. One time, he even volunteered to be her Robotics tutor, but before she could decline, their conversation was interrupted by Nelson Nash, the school bully, who immediately started hitting on Blade, showing off his esteemed car. Nelson then tossed Willie aside, who accidentally bumped into Nelson's prize-possession, setting off the bully to beat the feeble nerd. Fortunately, Terry McGinnis showed up right on time to prevent Willie being beaten to a pulp.

Willie was constantly diminished and pushed over by his verbally abusive father, who lived by the motto "someone pushes, you push back". He refused to have a "wuss" for a son, so he demanded retribution, goading his son to hit the bully "where it hurt". This lifelong abuse and frustration drove Willie to the edge, escalated into him taking his father's advice to the extreme and stealing GoLeM to exact his revenge. Controlling the mechanical behemoth from a remote position, Willie headed straight for Nelson's car and crushed it like a can. Shortly after, Batman intervened, and took on the robot. The fight ended when Willie inadvertently plunged the GoLeM's claw into an electrical cable, causing both to short-circuit. From that moment on, Willie gained the ability to control the machine telekinetically, each reacting to the other's emotions.

On the next day, Willie was visibly depressed, either because he had been defeated by Batman or because the revenge didn't satisfy him as he had expected. However, things started to look up when Blade suddenly invited him to the dance at the pier later that night. The invitation, though, was a mere pretext to spite Nelson, who immediately reacted, and threatened Wille. Consequently, this instigated and reactivated GoLeM, which had been impounded by the GCPD. Willie looked perplexed upon the manifestation of his new found power, and immediately understood what he had acquired. The GoLeM broke out of the police building and headed to Willie.

He went to a tunnel to meet with GoLeM, which he could feel getting closer by the minute. However, before it arrived, Willie was intercepted by a gang of Jokerz who demanded tribute for his trespassing. Willie—now overconfident—scoffed the hooligans as the GoLeM crashed in, scaring them away. Willie rejoiced, as he thought that with both the GoLeM and Blade, things were finally improving for him.

However, this happiness would be short lived. While Willie was at the dance, he was snubbed by Blade, who quickly fell under the charm of Nelson. Then, the bully took Willie outside, and told him to stay away from Blade. Willie stood firm and defied Nelson, who pushed him down the pier. The GoLeM immediately reacted to this, and set off to tend to his better half. The disgruntled and empowered Willie headed back to the party and summoned the GoLeM, running on a rampage all over the amusement park. He was once again intercepted by Batman. Before he could have his fun, Willie's father, who had seen the machine heading that way, interrupted the quarrel. At that point, Willie turned his attention and wrath onto his abusive father. Batman torpedoed Willie's attempt to murder him and finally destroyed the colossal robot by making it collide with a Condor ride. Willie mourned the loss of his better half, breaking out in tears.

Afterwards, Willie was sentenced to three years in Juvenile Hall, where he would develop his telekinetic powers during the subsequent months.

Willie was able to kill time while in juvie by using the weight machines and gets a more physical and intimidating presence (while being ignored by his family and colleagues). No longer being the scrawny oddball he once was, Willie imprinted uneasiness on everyone around him, including the guards. He kept his powers under wraps and laid low, so that he would be granted parole for good behavior.

At some point, Willie moved on to vandalize Hamilton Hill High School, plaguing those who had beleaguered him. He stuck Coach Fitz's trophies upside down on the ceiling, and mangled the lounge furniture, among other things. These unexplainable events were quickly blamed on the ghost of Garrison Jacobs. When Dana Tan, Chelsea Cunningham, and Blade tried to summon the spirit in the school's gym, they were cut short by Nelson. At which point, Willie unleashed a telekinetic attack on the facility, and tried to murder his old nemesis, as well as Batman, who had intervened. However, Batman broke them out and escaped him to reach safety.

Afterwards, Willie set off to harass his old crush, Blade, unleashing havoc in the girls' showers and writing an eerie message on the mirror: "I still love you". Upon this, Terry started suspecting Willie was the responsible for all the mysterious events, so he paid him a visit at Juvenile Hall. During their conversation, Willie inadvertently made an opprobrious remark about the damage at the gym. So, Terry threw a glass of water at Willie, forcing him to reveal his telekinetic powers. The room was under surveillance, so when the guards barged in to apprehend Willie, he realized it was useless to play the charade and escaped.

Willie made his way to Hamilton Hill High School, which had just been closed in fear of more attacks. Willie went after Nelson, and the latter complains that their situation is unfair, as Willie has powers. Deciding to be fair, Willie began to fight Nelson without using his powers, although, even though he was more muscular, he still had to resort to his powers to dispose of Nelson. Then, he made an advance on Blade. However, the get-together was interrupted by Batman, who tried to knock him out. Willie unleashed his wrath on Batman, and tried to squash him. He ultimately lost control of his powers, after being hit by a batarang, and got himself struck by a flying tree. Willie was returned to his lonesome captivity, where he was strapped with a power damper that rendered him harmless and unable to escape. Willie does not make any other appearances in the series after this episode.

Willie with his abusive father

The accident that would change Willie's life forever

Willie controlling the GoLeM through a telekinetic link

Wille's appearance while he was in juvie

Willie controlling Blade through his telekinesis 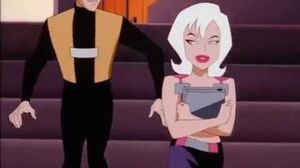 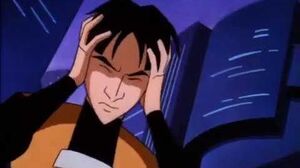 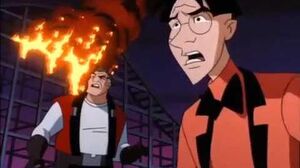 Batman Beyond vs Golem 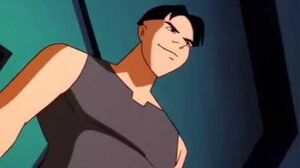 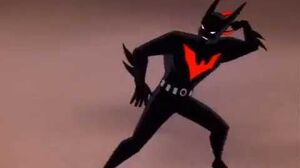 Batman Beyond vs Willie Watt