Destroy things for no reason.
Turn children into cookies.

Little Rascals
Winky, Blinky, and Steve are a trio of one-time villains from the Teletoon original series, Total Dramarama, only appearing in the episode, "Gnome More Mr. Nice Guy". They are three garden gnomes that Chef bought for decorations at Total Drama Daycare and were brought to life by magic, where they later destroyed the school.

Steve is voiced by Kenny Robinson. It is unknown who voiced the other two gnomes.

In "Gnome More Mr. Nice Guy", Chef bought some garden gnomes from a creepy guy and set them all up in the playground at Total Drama Daycare. The kids initially did not like the gnomes because of how stupid they were.

Chef told the kids that as per demand of the creepy salesman who sold the gnomes to him, to never take the gnomes' hats off. He immediately left the kids unattended. Shortly after, Duncan convinced Jude to switch hats with one of the gnomes as it was not technically taking their hat off. Jude took the gnome's hat and put it on his head, turning himself to stone and unfreezing the other gnome. That gnome's name was Steve. As soon as he awoke from his petrification,

Steve kicked Courtney in the shin just to be annoying. Now that Steve was free, he took the hats off of the other two gnomes and froze Harold and Beth with them. After this, the gnomes broke into the school and started destroying the place. Courtney went to tell Chef but she got frozen by one of the hats. Eventually, the gnomes glued all the furniture to the ceiling. Duncan and Leshawna tried to take matters into their own hands to stop them but Steve convinced Duncan to join their team so they could freeze everyone else in the school.

Duncan was convinced and used a hat to freeze Leshawna. Duncan then joined the gang and they froze everyone else in the school. Later, the gnomes build a cookie factory and told Duncan that they were going to convert all the frozen kids into cookies and eat them. Duncan thought that this was taking things too far and decided it was time to stop the gnomes for real this time. Duncan told Steve that when Jude traded hats with him, Jude took his hat but he never got Jude's. Steve thought this was a fair point and allowed Duncan to place Jude's hat on his head, only to realize that his gnome hat was stuffed inside of it, leading to him turning to stone.

Duncan then threw the two other hats at Winky and Blinky, turning them both to stone. This automatically unfroze all of the kids. Chef came out of his office and saw all the damage that was caused to the school. He wasn't even mad and he just returned the newly petrified gnomes to the store from which they originally came.

The leader of the team, who speaks solely in rhymes. Steve is very rude and obnoxious, as he enjoys kicking people in the shins, insulting them, and destroying/vandalizing other people's property. He is also the only member of the team who does not have a name that rhymes with "Inky".

The sole female member of the team.

The sole African-Canadian member of the team.

Duncan is/was the honorary temporary fourth member of the team. He is the only member of the team who is not actually a gnome. Rather, he is a human student at Total Drama Daycare, who is indirectly responsible for bringing the gnomes to life, as he tricked fellow students, Jude into taking their hats off. At the end of the episode, Duncan turned on his team and tricked the gnomes into freezing themselves to stone again. 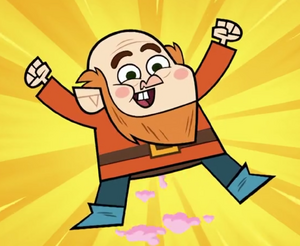 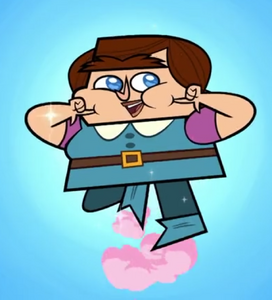 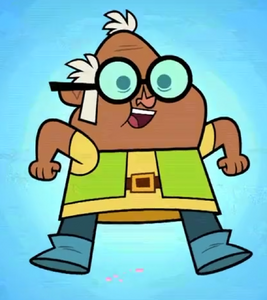