Magician
Witch Hazel is a recurring antagonist in Looney Tunes, and as her name suggests, is a stereotypical witch - complete with green skin, warts and pointy hat: though she is an adept sorceress capable of changing her form, amongst other things.

Witch Hazel is not as malevolent as some witches but has been known to attempt such things as eating children (Hansel and Gretel) plus Bugs Bunny. She tends to cackle at anything she says, and whenever she runs away, leaves a bunch of hairpins behind. Although for a witch, she is prone to more practical ways to set traps and capture her targets.

For a while Witch Hazel was the subject of some controversy due to the fact Disney had originally had a witch named the same - however, Warner Bros. soon dismissed accusations of plagiarism, since Witch Hazel is also a type of herb and thus could not be copyrighted.

Witch Hazel has appeared in varied Looney Tunes cartoons since her first appearance in Bewitched Rabbit.

In The Looney Tunes Show, Witch Hazel was known as Witch Lezah.

She appears as Gossamer's mother in The Looney Tunes Show. 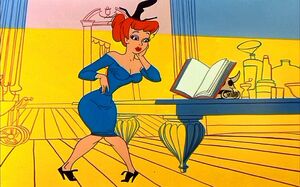 Beautiful Witch Hazel.
Add a photo to this gallery 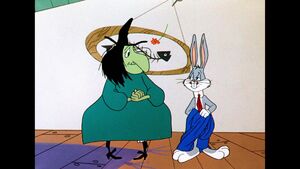 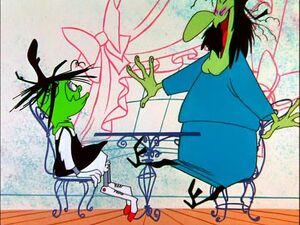 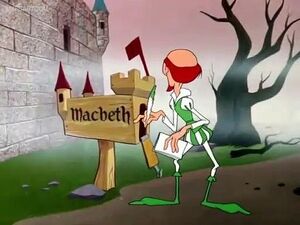 Retrieved from "https://villains.fandom.com/wiki/Witch_Hazel?oldid=4165388"
Community content is available under CC-BY-SA unless otherwise noted.