To destroy the Fantastic Four.

Evil Wizard
Bentley Wittman, better known as the Wizard and also called the Wingless Wizard, is a supervillain from Marvel comics.

Bentley Wittman grew up possessing near-superhuman levels of genius and was a child prodigy and chess champion. As an adult, he became an inventor of great renown, selling his futuristic inventions to the wealthy and becoming quite rich. He became known as the Wizard by legally assuming this stage name and using his advanced scientific inventions to perform feats of "magic" as a stage magician and escape artist.

Intellectually bored, however, he decided to become a professional criminal and defeat Johnny Storm, who had just appeared to the world as the Human Torch. Pretending to be a victim by pretending his attempt to use a new drill had gone wrong and he was trapped, he really had enough air for weeks, he was rescued by the Torch and invited him to his high-tech, futuristic mansion on Long Island. There he captured the Torch with ease by pretending to take a three-dimensional photo, but really squirting a liquid onto the Torch. The Torch was then locked in an asbestos cell at gunpoint. The Wizard impersonated the Torch, launching a crime spree to destroy the Torch's reputation. However, the Torch escaped and with help from the Invisible Girl, got photos showing the Wizard had impersonated him and the Wizard was sent to prison.

The Wizard had a rematch with the Human Torch before long, escaping from prison using a chemical which melted through stone. He got to his house and used a force field to prevent the police from entering, but allowed the Torch to enter, threatening to blast the police if they tried to get in. The Torch melted a shell the Wizard fired, then created a flaming barrier to protect himself from nerve gas. However, the Wizard succeeded in using the Invisible Girl as a hostage, as she had foolishly entered and the Wizard was alerted by an alarm. He trapped both her and the Torch in a chamber with a bomb that would activate if the temperature increased by one degree. However, the Torch was able to destroy the device, escape, and capture the Wizard. With Paste-Pot Pete, he battled the Torch again, as well as again impersonating him, and the Wizard captured the Torch and the Invisible Girl after escaping by disguising himself and using an anti-gravity device. However, the two escaped when the Torch used his flame to alert Mister Fantastic and the Thing to their location. The conclusion of one encounter with the Torch sent him flying uncontrollably upward by one of his anti-gravity discs, unable to descend safely. He was rescued by two other adversaries of the Torch: the Sandman and Paste-Pot Pete (soon after renamed the Trapster). After he suggested they team up, a suggestion by the Trapster inspired him to form a team that would be a criminal counterpart to the Fantastic Four, with himself, his two rescuers, and Medusa, who was then suffering from amnesia; becoming the Frightful Four.

When the Sandman appeared to give up his life of crime, the Wizard formed a new Frightful Four with Hydro-Man, Klaw, and Titania. They invaded Fantastic Four headquarters, but sided with the real Fantastic Four against the Fantastic Four clones created by Aron the Watcher. The Wizard later engineered a mass breakout from the Vault. He was later broken out of prison by Loki to join the inner circle of villains organizing the Acts of Vengeance against the Avengers. He freed the Brothers Grimm from prison, and sent them against Spider-Man. With the Mandarin, he then battled the Avengers. However, he then inadvertently led the Avengers to the criminals' base. The Wizard eventually escaped Ryker's Island prison. With the Trapster, he was also defeated by the reformed Sandman. Often avoiding the limelight that he once embraced, the Wizard hoped to hide from authorities using his former name Bentley Wittman. He was found by the Thunderbolts, however, who convinced the Wizard to provide anti-gravity discs in order for them to battle Graviton, and later, to attach to the Magneto protocol satellites. Later still, when the Sandman had appeared to reform his criminal ways, the Wizard took it upon himself to subject his former ally to his id machine, re-integrating the Sandman's mind and restoring him to villainy.

Finally, when the Fantastic Four's popularity reached an all-time low, the Wizard decided it was time to re-form the Frightful Four once more. No longer reasoned by petty jealousy, the Wizard believed the Fantastic Four to be the source of all his troubles, his fall from grace. He rescued the Trapster from the Negative Zone, boosted the powers of Hydro-Man, and called upon his ex-wife, Salamandra, to round out the Frightful Four. He also manipulated Cole, his and Salamandra's daughter, to develop a relationship with the Human Torch in order to teleport to her and bypass the Fantastic Four's defenses. During the resulting battle, the Wizard turned on the Trapster, revealing that he intended Cole to be the next member of the Frightful Four. When the Frightful Four defeated the heroes, the Wizard flaunted his success on television and left them humiliated. However, when the Wizard admitted that he only wanted to include Cole once he saw her exhibit superhuman powers, she turned on him. She sought out the Fantastic Four to lead them back to her father and to try to find a cure for her powers. The Wizard and Cole confronted each other, and Cole used one of the Trapster's traps to ensnare her father, then used her powers over gravity to bring the Wizard's lair down around him.

Wizard plays a small role in the "Secret War" crossover event allied with Lucia Von Bardas and other B-List supervillains. He has since returned, alive and well, in Fantastic Four #546, with a Frightful Five (himself, Titania, Trapster, Hydro-Man, and Klaw).

The Wizard is among the characters recruited in the Hood's syndicate of villains. He is then seen in a blue uniform reminiscent of his original outfit. He helped them fight the New Avengers but was taken down by Doctor Strange. In Secret Invasion, he is one among many of supervillains who rejoined the Hood's crime syndicate and attacked a Skrull force. He joins with the Hood's gang in an attack on the New Avengers, who were expecting the Dark Avengers instead.

Wizard later appeared as a member of the Intelligencia. Along with a new Frightful Four, the Wizard attacks the Baxter Building to capture Reed Richards. While the Red Hulk, who came to stop the villains, is distracted by the Thing and an open portal to the Negative Zone, Reed is captured.

Lyra and She-Hulk went around hunting for the remaining members of Intelligencia. Wizard was the first to be apprehended by Lyra and She-Hulk, brought to Bruce Banner, and imprisoned. Wizard managed to escape from Bruce Banner's detention cell and attacked Lyra during her prom. His surprise attack had Lyra on the defensive until She-Hulk arrived and defeated Wizard with his own weapons.

He is committed to the P.A.V.L.O.V. Metahuman Psychiatric Facility, following the events of World War Hulks. Reed Richards visits the Wizard there, and informs him that Whitman's clone is in the care of Richards' family. Later, after the death of the Human Torch and the reformation of the Fantastic Four as the Future Foundation, villainous agents of A.I.M. break the Wizard out of the P.A.V.L.O.V. facility.

When the Sinister Six attacked the Intelligencia, Wizard tried to reason with Sandman due to their friendship, but this ended when Doctor Octopus used the Zero Cannon that the Intelligencia were using to send Wizard into the upper atmosphere.

M.O.D.O.K. Superior was able to revive Wizard and the other Intelligencia members where they began to formulate their plans after their predicted shatter of the superhero community. 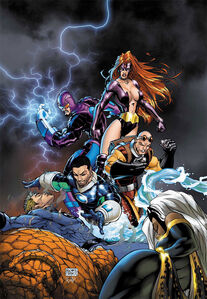 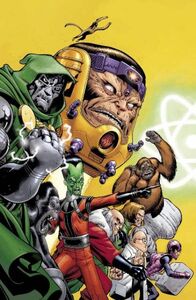 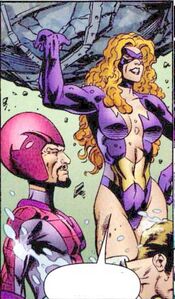 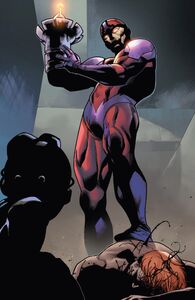 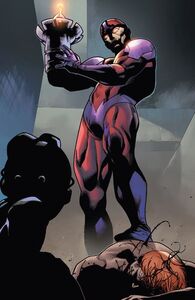 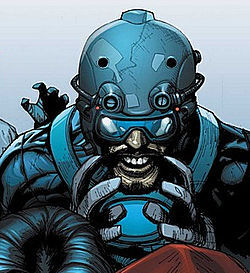 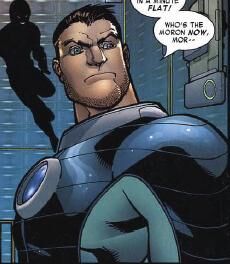 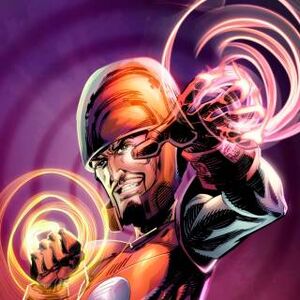 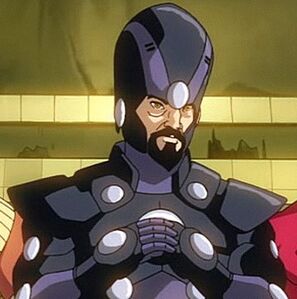 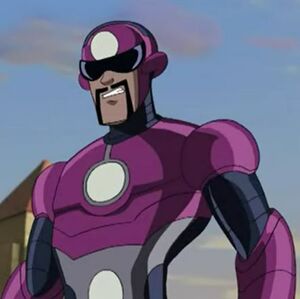 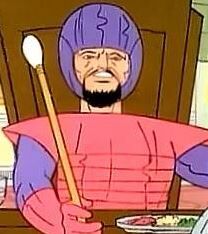 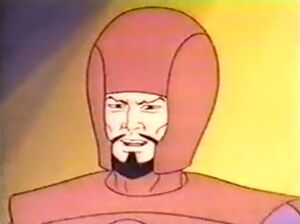 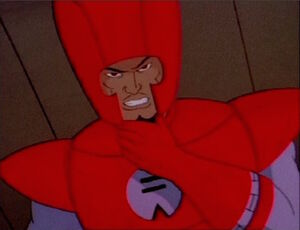