Genocide and deaths from abuse of power.

Protect the mankind from the Spirits (some of them).
Cause destruction.

Wizards are antagonists that appear on the anime Date A Live. They are soldiers trained for combat and war using magical powers given by science; they serve the governments of many countries for military power to fight against Spirits. The Wizards from AST are known for having bad aim and being unable to fulfill the orders of their leaders correctly.

Wizards were originally created to serve the Deus.Ex.Machina Industries. They were created with the goal of creating the perfect soldier, with technological magic and weapons contemporane old Wizards no longer a simple military project and have become important parts in defense of humanity. The wizards were originally normal humans, after having undergone tests and experiments they had created magic for science within their bodies, they could use the Combat Realizer Unit with magical power and power intelecual mind, the spell's effects also give to the wizard a superhuman strength. After the Spacequake caused by the First Spirit, governments around the globe hid the fact that Spirits exist so that mankind did not panic.

Wizards were created using ordinary soldiers mass for the creation of human beings who were strong enough to fight against spirits, the existence of Spirits and Wizards is unknown to mankind, they protect the people on the shadows do not know of their existence.

Wizards get to attack with at least one or two squads. Each squadron counting about 10 wizards. Wizards try to outnumber the enemy in numbers, but this tactic failed frequently.

The Wizards of DEM are considered the most powerful, trained and equipped to fight, they do not use heavy armor as wizards from the AST, they use simple equipment of a combat suit and a big firepower, they are more cruel and insensitive to all wizards in the world, some of them are just trained to be loyal fanatics and psychopaths who will blindly obey Isaac Wescott and Ellen Mathers orders without questioning them, if the wizards from the DEM fail in a mission they are rapidly killed by the act of failure, they are fearsome humans who will give their lives just to Wescott achieve his goals, they are trained to kill any living being, whether animal, human or spirit they will be made to exterminate anything that has life and that is on the Wescott way.

The Anti-Spirit Team is a special military unit within the JGSDF designed to suppress and eliminate spirits by killing them, although they have yet to do anything more than drive them due to their incompetence and weakness at the time of the fight. The public is unaware of this Special Forces Unit. It is currently shown that AST is done purely for women and for the most part teens, they are known for being one of the most useless and weak special team in the world.

The organization is based in London. So far in the series 5 members were already named. The three Hijackers, Ashley Sinclair, Leonora Sears and Cecille O'Brien. Later on one of the world's top Wizards, Artemisia Bell Ashcroft was revealed to be a member and also their ace member. She left them for DEM, hoping to bring world peace through the company's immense technology. Lastly, Minerva Liddell, another member, said to be second to Artemisia in SSS, also joined DEM Industries. 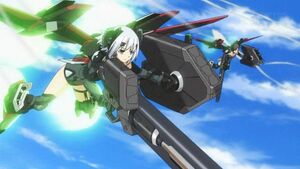 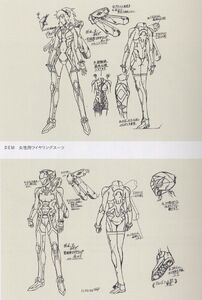 DEM Wizards design
Add a photo to this gallery

Retrieved from "https://villains.fandom.com/wiki/Wizards_(Date_A_Live)?oldid=3936146"
Community content is available under CC-BY-SA unless otherwise noted.