Writing offensive things on walls.
Chasing after Hare, harassing, tormenting, sometimes even trying to eat him.

The Wolf, commonly transliterated into English as Volk (Russian: Волк), is the main protagonist villain of the Russian cartoon series Nu Pogodi.

He is initially portrayed as a hooligan who eagerly turns to vandalism, abuses minors, breaks laws, and is a smoker.

On the other hand, many of the Wolf's attempts to catch the Hare are often characterized by uncanny abilities on his part (including figure skating, ballet and waltzing) for humorous contrast. The Wolf can also play the guitar very well and ride the powerful rocker motorbike. In the first episode, while climbing a high building to catch the Hare, the Wolf whistles the popular mountaineer song, "A Song About A Friend" (a signature song of Vladimir Vysotsky). In spite of these talents, most of the Wolf's schemes eventually fail or turn against him. The character was originally voiced by Anatoli Papanov.

During the late Soviet and post-Soviet era, however, the Wolf's image slowly denigrates into a more cartoonish and less criminal persona. In the latest episode (#20), for example, the Wolf is seen chewing a lollipop instead of smoking and his drawing style is reminiscent of new Russian cartoons (Russian: Новые русские мультфильмы) rather than the old Soviet slapstick genre. The Wolf has also adopted a lot of cowardly attitudes in many situations since the first episodes, which more or less oppose his initial persona and actor's voice. 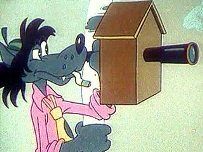 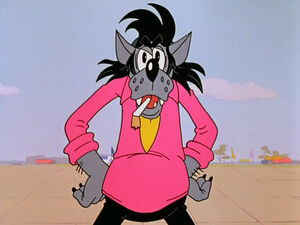 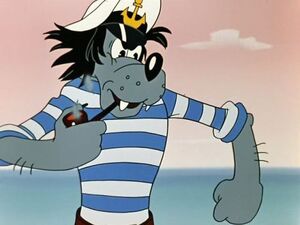 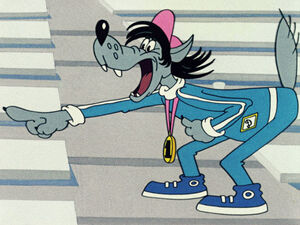 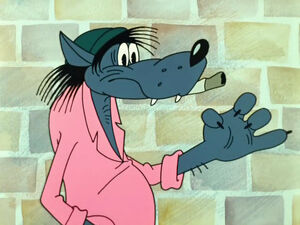 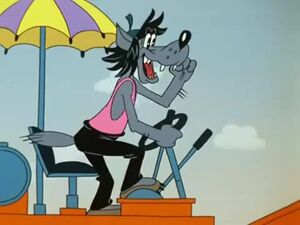 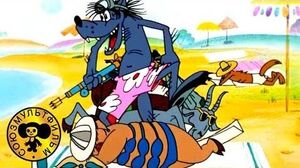 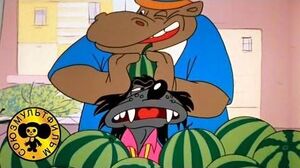 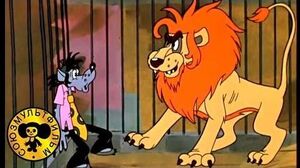 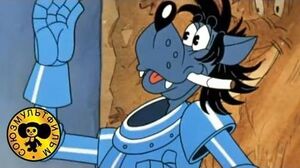